Math and Science Can Unlock Africa’s Potential Africa will remain sidelined unless it nurtures its own experts, pioneers and innovators. 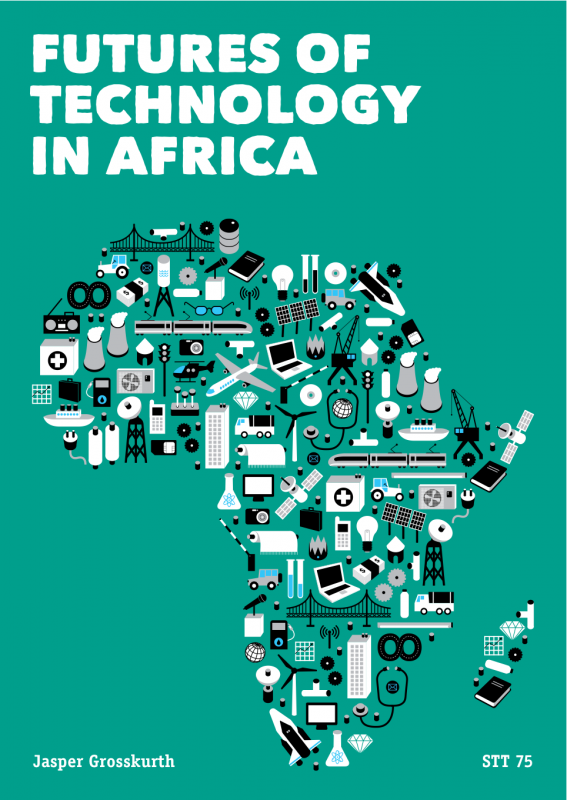 Africa will remain sidelined unless it nurtures its own experts, pioneers and innovators.

Africa will remain sidelined unless it nurtures its own experts, pioneers and innovators.

Angelina Lutambi was born into a peasant family in Tanzania’s Dodoma region, where HIV/AIDS has decimated much of the population. Her future could easily have been bleak – but Angelina had a keen aptitude for math. She financed her own schooling by selling cold drinks with her siblings and was awarded a grant to study at the University of Dar es Salaam.

In 2004 she went to the South African center of the African Institute for Mathematical Sciences (AIMS). Since then, Angelina has obtained her Ph.D. in epidemiology from the University of Basel in Switzerland.

Today Angelina is a senior research scientist at the Ifakara Health Institute in her native Tanzania. There, she devises mathematical, statistical and computational models to inform and advise public health decisions on HIV/AIDS, tuberculosis and other major diseases.

Africa has many other deep-rooted problems, including poverty, corruption and war. Could these also be tackled through the sort of work that Angelina and her colleagues are doing? Could Africa’s problems be solved through mathematical science?

Africa must produce its own technology

Such a proposal might sound outlandish while so many people still lack basic necessities like food, clean water and medicine. In the long view of history, however, mathematics and science have served as the foundation of modern society because they underlie every technology – from plumbing to telecommunications, medicine to satellites.

But the continent has another problem. It is largely a consumer rather than a producer of the technologies it needs. If this doesn’t change, Africa will remain dependent and subject to outside control, its economies dominated by others’ exploitation of its natural resources. Africa will never escape from its reliance on international aid until it builds the capacity to develop itself.

Computers, mobile communications, and medical technologies are the modern engines of commerce, prosperity and public health. Africa will remain sidelined in these areas unless it nurtures its own experts, pioneers and innovators.

Attitudes toward math in Africa

This is the motivation behind AIMS, a network of training centers across the continent created to empower brilliant young Africans to become agents of change through advanced math and science.

Our slogan – that the next Einstein should be African – is a signal of how high we are aiming.

It is not an easy task. As a native South African, I have traveled widely in many parts of the continent. Across Africa, math is often viewed as an ivory tower pursuit, an impractical study with little connection to the real world. University math departments are often the shabbiest on campus.

Many students only take the subject as a second choice. From primary school onward, math is all too often taught by rote learning and memorization. But it is critical analysis, independent thinking and creativity that are the real keys to math and science excellence.

These attitudes linger even beyond school and university. Elsewhere in the world, the most successful companies – Google and Facebook, for example – recruit top math graduates straight out of university to write the complex codes that define our experience of the digital world. From big data to artificial intelligence to intelligent cities and communities, the gears of prosperity are increasingly powered by mathematical algorithms.

AIMS is a Pan-African initiative. There are five centers so far, in Senegal, Cameroon, Ghana, Tanzania and South Africa. Ten more are planned over the next decade, creating a powerful network that will span the continent.

Every center has a fantastic, highly motivated, Pan-African student body. AIMS’ classes are incredibly diverse – a mosaic of languages, ethnicities, languages and religions. More than 30 percent of the students are women.

Through their common interest in math, science and the future of Africa, the students are able to transcend the cultural and other differences that have historically divided them.

Over the past decade, AIMS has graduated a thousand students at Masters and Ph.D. level. But its centers don’t just train brilliant young Africans in Africa. They also serve as a magnet attracting those who have studied abroad back to Africa, to work as scientific researchers.

Wilfred Ndifon from Cameroon is one: he took his Ph.D. at Princeton but has returned to AIMS as a junior research chair. Wilfred has just solved a 70-year-old immunological puzzle called original antigenic sin, which has implications for improving vaccines.

AIMS also brings top international scientists to Africa to share and propagate their knowledge. This international reach is important, because the whole globe has a stake in Africa’s future.

Our globalized, interconnected world means that Africa’s challenges – whether starvation-driven migration or diseases like Zika or Chikungunya or terrorism – quickly become challenges to all. These problems will only worsen with climate change, population growth, unemployment and insecurity unless Africans are encouraged and empowered to improve their countries’ conditions.

In March 2016, more than 500 bright scientific minds and international leaders will gather in Senegal for the inaugural Next Einstein Forum, organized by AIMS. The three-day summit will highlight emerging scientific and technical talent in Africa and elsewhere, and fuel collaboration which puts this talent to work in the cause of human development.

The summit’s theme is “Connecting Science to Humanity.” It will be an occasion for the most enlightened African and international scientists and leaders to strengthen their commitment to helping young people help Africa.

The problems facing Africa are complex and there are no easy answers. But one of the lessons we’ve learned in science is that the hardest problems are the ones that eventually yield the most important – and the most wonderful – solutions.

Math and Science Can Unlock Africa’s Potential Africa will remain sidelined unless it nurtures its own experts, pioneers and innovators. Reviewed by samrack on January 6, 2017 .