Makini Schools founder Mary Okello earned nearly Sh1 billion from the recent sale of a 71 per cent stake in her high-end group of eight schools to two foreign investors.

The move saw her relinquish management of the group of schools she and her late husband, Pius Okello, founded 40 years ago.

“A 71 per cent interest in Makini School Limited (via Schole Mauritius Limited) was acquired on 1 May 2018 for a consideration of R130.8 million (about Sh930 million),” disclosed Advtech in a trading update last week.

Advtech, a private education operator in Africa, said the Makini acquisition had boosted its total revenue for the six months ended June by 13 per cent to R2.3 billion (about Sh16.3 billion).

“We have always strived to improve the standards at Makini and now we wish to firmly establish schools as centres of excellence. In this regard, we have decided the time is right to introduce experienced international educationists and I am writing to share with you this new development about Makini Schools,” Mrs Okello said in April when news of the transaction first broke

“With the support of the Advtech Group they (Scholé Limited) have undertaken to give new impetus to the Makini Schools by ensuring that children benefit from an enhanced quality of education and facilities. Makini will be continuing with the Kenyan curriculum.”

Makini, which was started in 1978 with eight pupils, has performed consistently well in national examinations over the years.

The new owners have announced plans to expand Makini beyond its eight schools in Nairobi and Kisumu, underlining foreign investor interest in Kenya’s high-end education.

“The acquisition of the Makini Schools group in Kenya, and securing of a management contract in Uganda, added nine schools, five campuses, boarding facilities and approximately 4,100 students to the division’s enrolments,” Advtech said in the statement.

The South African private education firm plans to further open a school under its Crawford Schools brand from September in Kiambu’s Tatu City, continuing its aggressive expansion drive in Kenya.

The Sandton-based firm says the institution will have a capacity of 1,700 students taking the Cambridge Curriculum.

“…The imminent opening of the Crawford International School in Nairobi has resulted in significant progress being made in our strategy of expanding our operations on the rest of the continent,” it said last Monday. 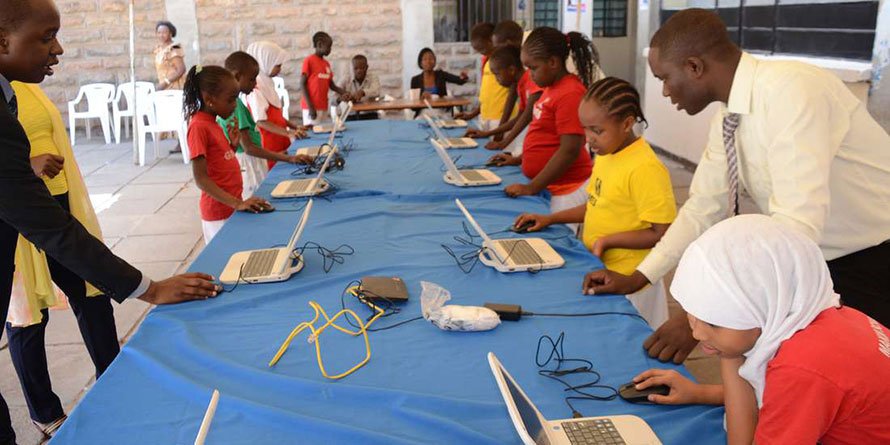 Crawford will admit learners from kindergarten to A-levels as well as offer boarding facilities for senior students.

“Our curriculum is based on a progressive educational approach, which prepares children for the 21st century and allows for development of the global competencies required of students,” Jenny Coetzee, managing director of Crawford International Schools Kenya, said in an earlier statement.

Investment company Centum, in partnership with a Dubai-based PE firm Investbridge Capital and the international chain of schools Sabis, has built a 2,000-capacity institution that will admit pupils from kindergarten to high school in Kiambu from September 2018.

The international schools space has recently benefited from a steady growth of the middle class and the large pool of expatriates working for multinationals, foreign governments and global institutions like the UN. The top-of-the-range schools charge annual fees of between Sh200,000 and Sh600,000 for day scholars while those in boarding school pay up to Sh1.7 million a year.

New Report Reveals That only 8 Percent of Kenyans Own Cars