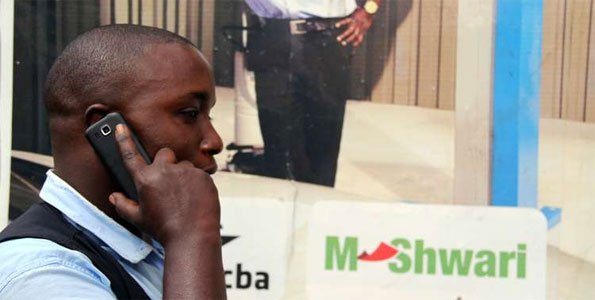 The Commercial Bank of Africa (CBA) has signed up more than 600,000 subscribers in Uganda on its mobile-banking equivalent of the M-Shwari less than two months after launch.

The Nairobi-based lender on August 9 unveiled MoKash in partnership with MTN Uganda, seeking to replicate the success of M-Shwari in the landlocked economy.

MoKash is a suite of virtual banking products built on MTN’s mobile money platform where users can save and borrow micro-loans from CBA.

The CBA Group managing director Isaac Awuondo said MoKash is currently processing an average of 2,000 loans per day; with average the loan size being USh18,000 (Sh538).

MoKash loans are payable within 30 days and attract “a facility fee being nine per cent of the loan amount,” the CBA said, a refrain the lender has used here in Kenya saying the microloans are not charged an interest.

“We do not charge interest,” Mr Awuondo said in an interview with the Business Daily. The minimum loan issued is USh3,000 (Sh90) capped at USh1 million (Sh29,900), the bank said.

The CBA said clients can also earn interest on savings accounts – paid quarterly – of between two and five per cent depending on the savings amount, and the credit history of the customer.

“Customers so far say that the product is very convenient, they like the fact that they can earn interest on their savings and access instant loans when they need to borrow,” said Awuondo.

MoKash now adds to CBA’s basket of mobile-based microloan products – with the first being M-Shwari in November 2012 and later M-Pawa in Tanzania, in May 2014.

The move may signal that other Kenyan banks with mobile-based lending products such as Equity’s Equitel and KCB M-Pesa may be exported to the regional markets where they have operations.

CBA currently disburses loans via M-Shwari to an average of 70,000 Kenyans every day, the lender disclosed.

Share thisFacebookTwitterPinterestEmailWhatsAppM-Shwari clients in Uganda hit600,000 subscribers in two months The Commercial Bank of Africa (CBA) has signed up more than 600,000 subscribers in Uganda on its mobile-banking equivalent of the M-Shwari less than two months after launch. The Nairobi-based lender on August 9 unveiled MoKash in partnership with MTN Uganda, seeking to replicate the success