Hollywood actress Lupita Nyong’o is the cover girl for Marie Claire’s March 2019 issue. The 35-year-old actress spoke to the magazine about her new movie “Us”, the success of “Black Panther”, getting support from her feminist father and so much more.

On starting to cry on the set of Us while working with Jordan Peele: “He [Peele] asked me, ‘What is your process as an actor? What do you need from a director? And I just started to cry. I was like, ‘I’ve never been asked that before.’ I could just tell in that question was a man who understood what it meant to be an actor…” 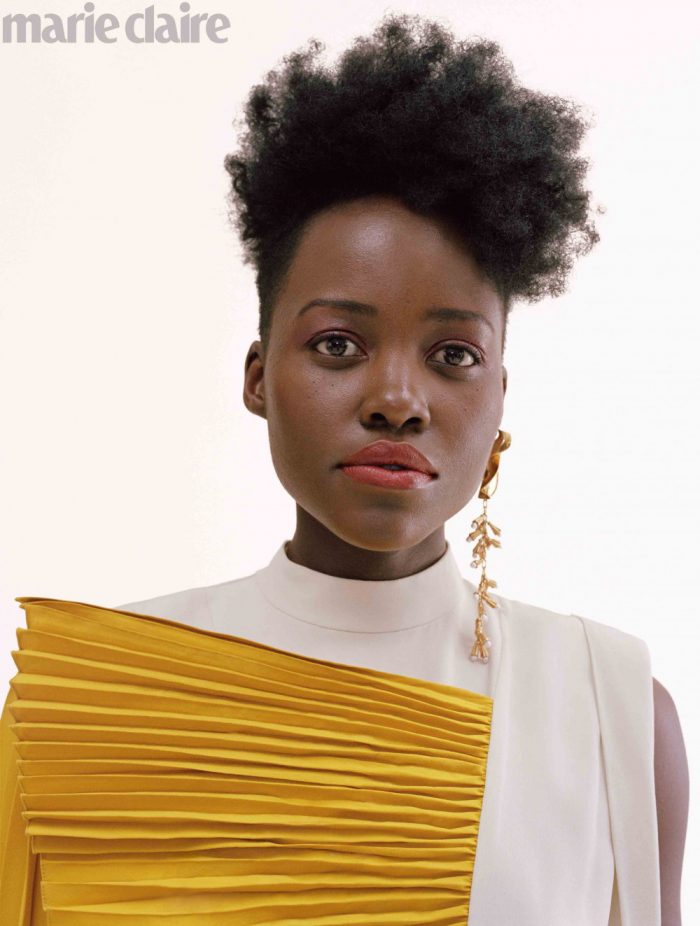 On what she treated herself to following the success of Black Panther: “I went on a 10-day silent retreat. It was a gift. I did it for my birthday.”

On the support from her father: “It makes a huge difference to have a father who champions you. My dad was a feminist before it was cool for men to be feminists – his father too in many ways.”

On being in a horror movie: What do horror films tell us about ourselves? How do they help us project our worst nightmares and then realize them? It’s fascinating to talk to Jordan about this stuff because he’s a complete scholar on this subject. Horror movies give us permission to be afraid in a world where you’re not often encouraged to be fearful. Fear is something that is suppressed. And it’s an emotion to be overcome. It’s never an emotion to just experience. And in horror films, we give ourselves permission to do that. We all get into a room, and we know what we’ve signed up for. We go through it together, and it’s cathartic.

For more from Lupita, visit MarieClaire.com.

Only Country Jomo Kenyatta Flew to as President

Only Country Jomo Kenyatta Flew to as President