by samrack
in Business, Farming, Kenya, News
A A
0

Agriculture has become a lucrative venture for Kenyans especially as a new crop of young farmers who have incorporated technology and technics- raking in billions in the process.

According to the World, the agricultural sector contributes to approximately 31 percent of Kenya’s Gross Domestic Product (GDP). This translates to about Ksh3.1 trillion – hence the cliche phrase that the sector is the backbone of the Kenyan economy.

Speaking to Kenyans.co.ke, Anthony Kinoti who owns a five-acre farm in Meru County and is a renowned farmer, pointed out that everyone should capitalize in the farming venture, especially with the current unemployment rate.

He pointed out that some crops could earn a farmer millions after a single harvest. Here are a few examples of crops that earn a profitable income for farmers:

Pitaya, also known as dragon fruit, has become one of the highest-priced Kenyan fruits being sold in the country at a price ranging from Ksh890 to Ksh3,000.

The fruit has gained traction over the years after 2015 and has grown to become one of the highest-yielding fruits for Kenyan farmers within the market.

Known for its bright red, purple, or yellow colour, the fruits are at times mistaken for cactus due to its skin containing spikes.

Kinoti told this writer that the fruit is favorable due to its adaptive nature.

“When you go to some parts of Chile around the Atacama desert, they are synonymous with growing the dragon fruit.

He added that his most profitable fruit is the dragon fruit due to its high-value.

“I know of a store in this country that sells a kilo for Ksh3,000 and a kilo is only two fruits- so if he has an acre of land which produces 10,000 kilos, the kind of money he makes is mind-boggling,” Kinoti stated.

Further, according to a farmer based in Nairobi, Freddie Acosta, the fruit is in high demand especially among foreigners within the country.

“The fruit is in high demand especially among Asian nationals in the country; I have orders for a weekly supply of two tons from a Chinese restaurant in Nairobi,” Acosta stated.

-Its roots, flowers and peels are used to make herbal tea

-Its stem soap is used as wine ingredients- can also manufacture juice, yorghurt and smoothies.

Known by its local dialect as managu ma kienyenji, the vegetable has become a lucrative venture amongst farmers primarily in the central region. The crop has also gained traction in West Pokot.

A previous report by the Kenya News Agency entailed the story of Zubeda Lodawa who earns enough money from half an acre farm in order to fend for her eight children. She attributes her income to high yields of managu as she pointed out that the consumption of the crop is very high.

Lodawa entailed that one sack of black nightshade at a local market goes for Ksh2,000.

The modest farmer also highlighted that the seeds are rare to find hence farmers have to save the seeds while harvesting.

“The secret to harvesting longer from managu plants is on how one picks it. You should pluck the long suckers first and save the shorter ones for the next harvest. This way, the plant lasts longer and yields more,” an extract from a report titled 10 Rich Underutilised Crops in Kenya

Rich in iron hence vital for the formation of blood and haemoglobin. 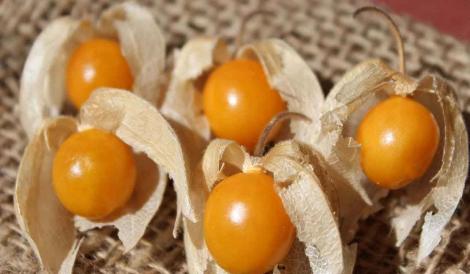 Red Cowpeas are known as legumes that have been overshadowed by other varieties such as green peas.

However, the legumes are notable for growth in both arid and semi-arid areas due to its high nutrition value.

The vegetables grow well in hot temperatures between 20 – 35 degree Celsius. They are favorable as they don’t need alot of rainfall (200mm per season).

The benefits of the vegetables is that they are rich in protein as well as its leaves are rich in fibre.

Uncommon in the market, the fruits are preferred by Kenyan farmers as they flourish in both rainy and dry seasons.

The cape gooseberries were traditionally left as food for birds but the fruit has become a cash cow for agro-entrepreneurs.

According to a feature by Citizen TV on Gooseberry farming, a farmer who has quarter an acre can plant 10 grams worth Ksh1,900, another with half an acre-takes ten kilos of sees goes at Ksh2,800 while an acre (40 grams ) could go for a price range of Ksh4,800.

Great source for Vitamins A, B and C

Rich in protein and phosphorus

Helps in the management of lifestyle diseases such as cancer, leukaemia, hepatities and diabetes

Leaves of the fruit are used as medicinal teas.