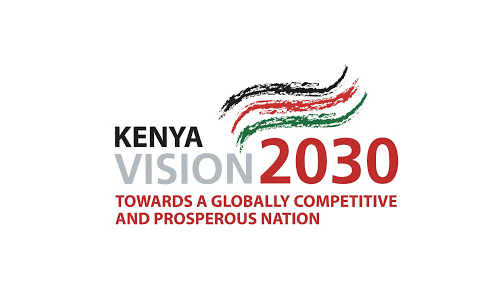 The huge infrastructure projects are expected to start paying dividends soon. The free education programs as well as the continued improvements in the ease of doing business is expected to attract more investments that will push the country closer to achieving its blueprint.

As the Government celebrates the progress so far achieved, it can learn from several other nations who are walking similar paths. The main strength for Singapore, which is, now far ahead of Kenya despite being at the same levels at independence was in its leadership and staying to the course. Despite getting its independence in 1965, two years after Kenya had already gotten its independence also from the British, Singapore went ahead chat its path and turned its fortunes from a tiny former British colony trading post to an international metropolis with one of the busiest port of trade in the world and the fourth nation in the world with highest per capita real incomes.     Another success story is happening in the United Arab Emirates’ Dubai, which has been working to wean its economy from overreliance on oil.

Dubai, just like Kenya, Dubai also has a Vision 2030 plan. The UAE government has anchored its vision 2030 beyond just physical infrastructure but has incorporated technology at the heart of its development strategy. The Dubai Industrial Strategy 2030 is based on five key objectives that will serve as the foundation for Dubai’s industrial future. “The Strategy aims to increase the total output and value-addition of the manufacturing sector, enhance the depth of knowledge and innovation, make Dubai a preferred manufacturing platform for global businesses, promote environmentally friendly and energy-efficient manufacturing and make Dubai a center for the global Islamic products market,” UAE Government says.

Its strategy has further identified six priority sub-sectors: Aerospace, Maritime, Aluminum and Fabricated Metals, Pharmaceuticals and Medical Equipment, Food and Beverages and Machinery and Equipment. UAE Government says these sub-sectors were chosen based on their importance to the Dubai Industrial Strategy and Dubai Plan 2021, as well as their future growth prospects, export potential and mid-term to long-term economic impact. Dubai Industrial Strategy has identified 75 initiatives to transform Dubai into a global platform for industries based on knowledge, innovation and sustainability.  Another thing to look for in the UAE’s plan is its Autonomous Transportation Strategy that aims to transform 25 per cent of the total transportation in Dubai to autonomous mode by 2030. This means that a quarter of the population will be moved across the UAE through self-driven vehicles. It is expected to reduce traffic accidents and losses by 12 per cent.  Besides the Vision 2030, the UAE city is also planning for 2071 in a period it sees itself to have developed into the global hub.  In May this year, Dubai opened what is calls Area 2071, a centre where is assembling  innovators and creative minds to imagine how their world will look like in 2071 and come up with solutions for the future generations. The centre tries to imagine how the world will look like in 2071 and how it will fit itself into this space. “The ‘Area 2071’ will act as an umbrella that brings together venture capital, R&D, innovators, entrepreneurs, industry-disruptive start-ups, and SMEs. It will also house all UAE Government Accelerators and Dubai’s Future Accelerators,” Dubai’s media centre says. The centre is expected to be used as a test ground for the future where difficult and disruptive questions will be answered.

Already Dubai is becoming a global point of reference when it comes to architecture having come up with some of the most iconic projects in the world. It is also leading in the area of Artificial Intelligence and smart cities having already tested 5G networks and advanced robotic technologies including a Robocop. “Our systems, from education to transport to healthcare, were designed and built at a different time. Humanity’s needs have changed since then, but the systems have not. In order to make substantial change – the kind that reaches billions around the world – we need to begin asking disruptive questions and evolving global systems,” the center says.

Share thisFacebookTwitterPinterestEmailWhatsAppLessons Kenya’s Vision 2030 can learn from Dubai Kenya continues to make strides in meeting its ambitious Vision 2030 plan launched ten years ago. The huge infrastructure projects are expected to start paying dividends soon. The free education programs as well as the continued improvements in the ease of doing business is expected to