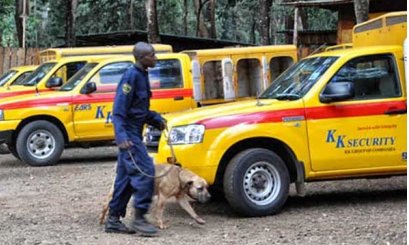 An employee of a security firm is still at large after he disappeared with Sh25 million that he was transporting from Mombasa to Nairobi.

Handson Nyasaka who works for KK security disappeared with the money after landing at the Jomo Kenyatta International Airport, Nairobi from Mombasa last Tuesday.

The employee was carrying the money in foreign currencies and was to deliver to Trust Bank when the incident happened on Tuesday morning.

Bunei added that Nyasaka had told his colleagues he would land at JKIA at 9.30 am while in reality he was landing at 7.30 am.

Meanwhile, police in Nairobi are looking for a gang that broke into the house of a Chinese contractor and stole Sh1 million in Kamiti area.

The contractor who works at a site in Kamiti was at work on Saturday but on returning home he found that his house had been broken into.

Police suspect that the thieves are close associates of the contractor and have launched investigations into the matter.