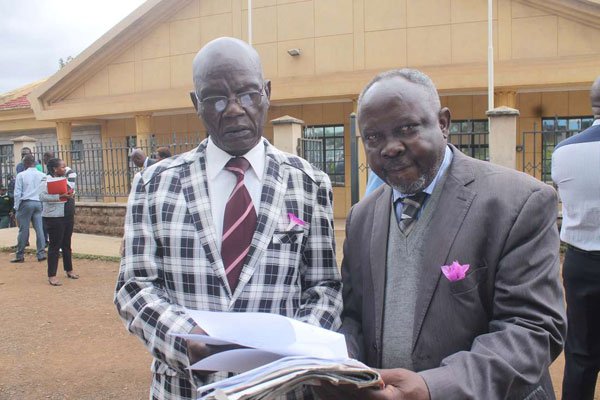 The High Court has awarded a 74-year-old man who served jail time for the murder of Pio Gama Pinto Sh2.5 million for being tortured while in police custody.

Kisilu Mutua was sentenced to death in 1965, following Pinto’s assassination, a freedom fighter in Kenya.

After serving 36 years in jail, President Moi pardoned him and ordered his release on July 4, 2001.

He was 22 years old when he was arrested.

Mr Kisilu told Justice John Mativo of Nairobi Milimani High Court that when he was arrested on February 24, 1965 he was tortured at the police station and forced to sign a pre-prepared statement.

He claimed that his private parts were squeezed until he lost consciousness.

Mr Kisilu sued the Attorney General in 2015, seeking a declaration that his rights under the 1963 constitution were violated when he was tortured while in police custody.2015 seeking damages for torture and mistreatment subjected to him by the police saying that he suffered physical and psychological injuries.

In response, the Attorney General opposed Mr Kisilu’s petition argued that Mr Kisilu did not provide any evidence for torture since he did not avail medical reports.

Henry Barmao, a commissioner of Police argued that Mr Kisilu cannot rely on the provisions of the 2010 constitution.

Mr Barmao indicated that the murder trial was in accordance with the law and denied allegations of torture as no evidence was provided in support of the injuries.

The court said though the petition was five years after the promulgation of the 2010 constitution, it could not be blocked considering the prevailing political situation which made it impossible for victims to file cases of this nature.

The judge observed that, owing to the political climate of the day, it was not possible for victims of human rights abuses to seek court redress and the door was opened by the promulgation of the 2010 constitution.

“The former constitution just like the 2010 constitution prohibited torture and acts of inhuman and degrading treatment. How can the callous act of a police officer squeezing the testicles of a person in their custody be justified. Such inhumane acts should only be consigned in the dustbin of our history never to resurface again,” Justice Mativo said.

He said police had a duty of protecting the suspect and ensure his fundamental rights are respected.

Mr Kisilu proved to the required standard that his rights were violated by the police considering the nature of the violations of the constitutional rights, the court noted.

“I must clarify that this award is for the torture subjected to the petitioner while in the hands of the police, but not for trial and conviction,” said Justice Mativo.

Mr Kisilu was initially challenging his trial and conviction but decided to drop the issue.

Kisilu Mutua, jailed for Pinto murder, awarded Sh2m Reviewed by samrack on May 20, 2017 .