KEROCHE HEIRESS GETS ENGAGED AFTER FIVE YEARS OF DATING 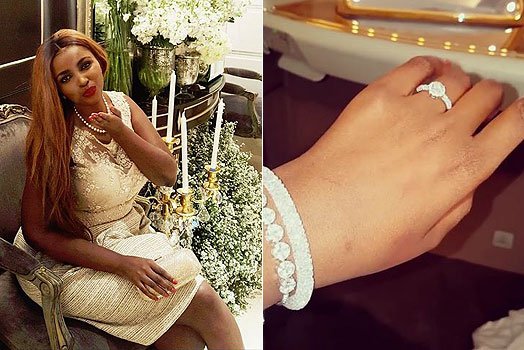 KEROCHE HEIRESS GETS ENGAGED AFTER FIVE YEARS OF DATING

By NAIROBI NEWS REPORTER
An heiress to the Keroche empire has announced her engagement to her boyfriend of five years.

This comes just two months after she revealed the identity of the man, only identified by his first name Stephen, she has been dating for five years.

“Waiting is a sign of true love and patience. Anyone can say ” I love you ” but not everyone can wait and prove it’s true. After 5 years I have been engaged by the only person i wished to spend my life with.

“When I was a young girl I used to think that beauty and how i looked physically is what made a man marry a woman. Wrong!!! It’s about taking care and respecting him,” she wrote.

The heiress also expressed her frustration after her boyfriend seemed to take forever before making the proposal.

“You can also never rush a man into marrying you. I used to wonder why he was taking so long to propose yet I thought I had everything he needed but trust me there is something deeper a man look for in a woman. Patience is a virtue.”

KEROCHE HEIRESS GETS ENGAGED AFTER FIVE YEARS OF DATING Reviewed by samrack on January 10, 2017 .