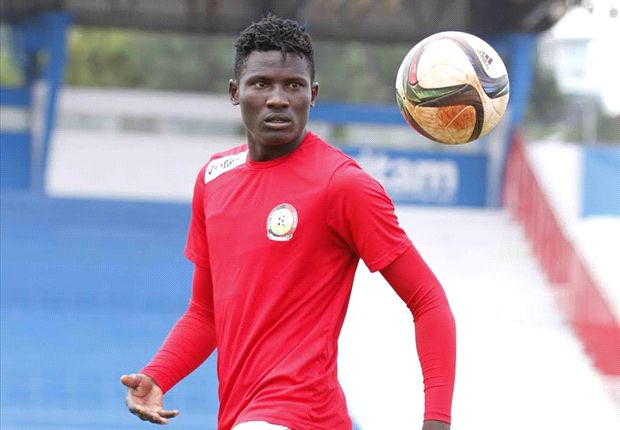 Michael Olunga scored a hat-trick to help Girona to a 6-0 victory over Las Palmas, thus, becoming the first Kenyan to score three goals in a Spanish La Liga encounter.

Following his loan move from Chinese Super League outfit Guizhou Hengfeng on deadline day, the striker made his debut for the White and Reds against Sevilla in September to become only the second player from the East African country – after McDonald Mariga – to play in the Primera Division.

Used sparingly ever since, Olunga, on his fifth appearance, made history by coming on halfway into Saturday’s encounter – with his side a goal up courtesy Christian Stuani whom he replaced – to score in the 57th, 70th and the 79th minutes.

The other goals were scored by Borja Garcia and Cristian Portu, assisted by the lanky Kenya forward.

Olunga has played a meagre 136 minutes in five games and the three goals against Paco Jemez’s are all he has so far.

The former Gor Mahia man will be hoping his five-star performance at the Estadi Municipal de Montilivi convince Pablo Machin to hand him a more prominent role when they visit Spanish giants Atletico Madrid on Saturday.

Girona are ninth in the Spanish top-flight log after garnering 26 points from 18 games.