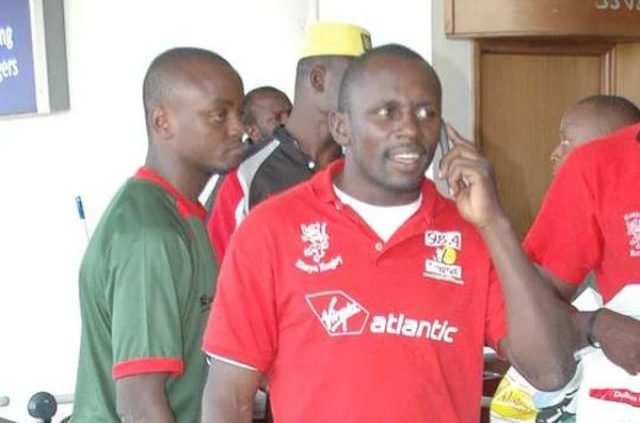 Makaka, who is sales team leader at the Royal Media Services Limited, died in a road accident along Mombasa Road at the southern bypass interchange near Airtel offices.

Makaka, who played for defunct Ulinzi and Kenya Harlequin teams, was driving from Mlolongo heading to the city centre when his car ramped into a moving trailer.

“Allan joined Royal Media Services on 1st February 2012 as a Business Executive and later became the Business Manager in charge of HOT 96, a position he has served with great dedication, passion and commitment.

“Allan has been instrumental in mentoring members of his team who have gone on to excel in their work. His friendship extended throughout the whole organisation. He embraced all and interacted freely with everyone.

Courtesy of the Saturday Nation

Makaka, who was working for Royal Media Services, was killed when his vehicle rammed into a stationary trailer from behind on a deserted highway in the capital Nairobi on Friday. He was 37.

The Kenya Rugby Union (KRU) confirmed his death on Saturday while leading tributes to the former international, who was hailed as one of the fastest wingers to ever wear the national team shirt.

“A warm individual off the pitch, Allan’s death is indeed a huge loss to his family, friends, colleagues and the rugby fraternity,” the KRU wrote in a statement.

Born on June 28, 1982, Makaka was a former Kenya Sevens international and was part of the squad that played at the 2005 Rugby World Cup Sevens in Hong Kong and the 2006 Commonwealth Games in Melbourne, Australia.

He made a total of 57 appearances in the Sevens World Series, scoring 28 tries to rank 21st overall amongst Kenya’s all-time try scorers in the World Series.

Fiji’s sevens legend Waisale Serevi once described Makaka as one of the fastest players that he had ever come across.

“The Royal Media Services (RMS) family mourns the death of our colleague Allan Makaka following a tragic road accident on May 22, 2020. His family has lost a loving husband, father and son, while RMS and the world have lost a vibrant creative genius,” his employers posted on Twitter as Kenyans took to social media to pay tribute to Makaka. Enditem