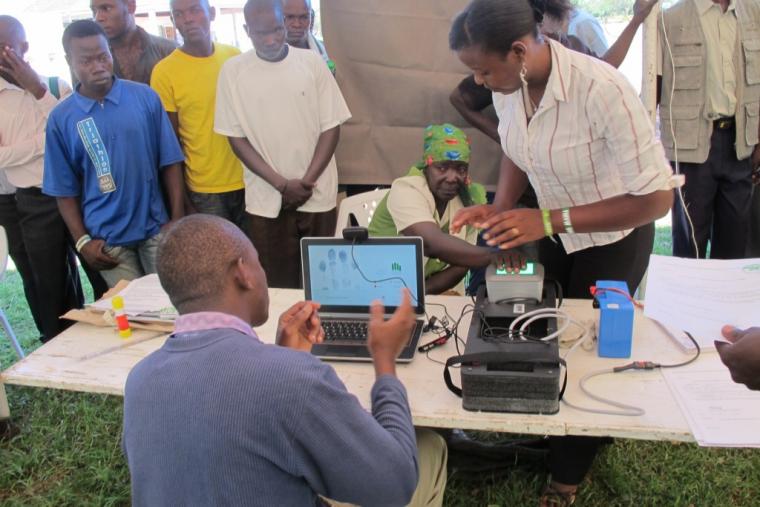 FILE – Members of Kenya’s ruling Jubilee coalition carry a banner as they demonstrate in support of the Independent Electoral and Boundaries Commission (IEBC) the electoral body ahead of next year’s election in Nairobi, Kenya, June 8, 2016.

The bill would allow manual voting and also allow the commission to manually submit election results in case biometric voter technology fails during the August election.

Electoral commissioners said they requested the amendment because they do not want to lock out some voters who might not be identified by the biometric registration kits.

“Out there Kenyans want just fairness. They are not interested in the tyranny of your numbers inside the houses. The real issue is the voters who do not turn up and ended up voting for them manually, identifying them manually,” said Rutto.READ MORE