Some of the top performing Kenyan employees in leading Chinese enterprises operating locally were rewarded with a first-ever all expenses paid trip to China by their parent companies.

The trip that was organized by their umbrella body KCETA (Kenya China Economic and Trade Association) in conjunction with the Chinese embassy in Kenya has seen a total of 55 employees credited with outstanding performances in their work stations visit Shanghai and Beijing.

The 55 represent the 55 years since Kenya and China established diplomatic ties.

Those who made the trip could not hide their joy. It was the first time flying outside the country for almost the entirety of the team. In their delight, they attributed the grand tour to the ongoing blossoming relations between Kenya and China which they argue have been mutually beneficial.

One of the beneficiaries, Anthony Omweri of Yoshin group Limited says Chinese companies are currently the biggest employers in Kenya. And as the relationship between Beijing and Nairobi continues to flourish, Omweri says these overseas companies will economically empower Kenyan citizens and help deal with the problem of unemployment. 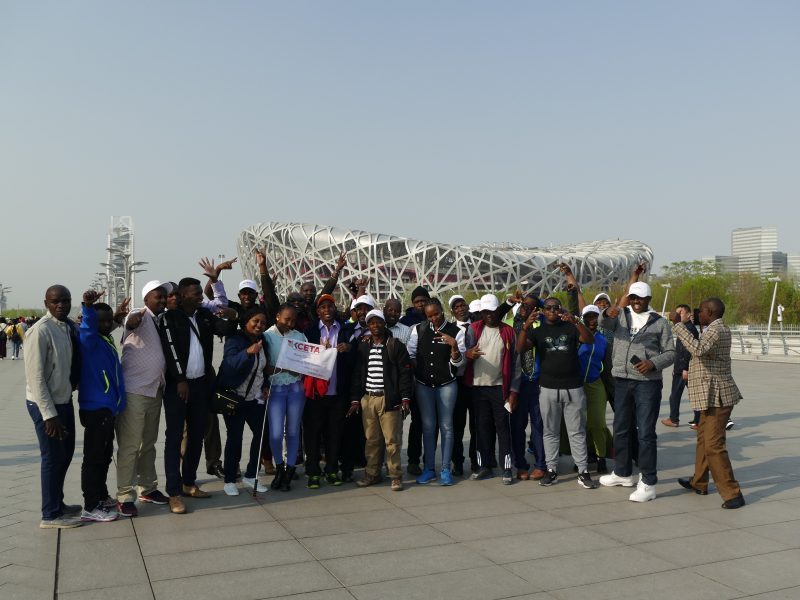 In his opinion, Omweri, a Human Resource Manager in the company, China has been investing so much in the country compared to other development partners. He says its impact in the country has been positive.

“I understand what it means to have a job. A number of people take the Chinese presence in Kenya negatively. What they don’t know is that the Chinese are the ones that are creating jobs in our country. This is a fact.” Omweri says.

His sentiments resonated well with those of Wycliffe Kiharangwa Asena who works for KEDA (Kenya) Ceramics Limited.

“I think this trip shows that Kenya’s cooperation with China is hugely significant in various aspects. I am positive the Chinese will help us realize tangible development just like they have done in their country over a short period of time.” Kiharangwa said.

According to Delilah Wendy who has been working for China Road and Bridge Corporation (CRBC) since 1996, spending hundreds of thousands of shillings on such an endeavor demonstrates the significance with which the employer attaches to local staff.

Wendy serves as a Human Resources manager at CRBC and she holds the view that “touring various projects constructed by our parent company in great cities of China has been an eye-opener. The standards are on a different level. It helps us to up our game in Kenya as well.”

Just before the first batch was flagged off to Beijing, the economic and commercial counselor of the Chinese Embassy in Kenya Guo Ce said cooperation between Nairobi and Beijing has been profound especially in efforts aimed at improving the economy for the benefit of the people.

“The China-Kenya cooperation brings along tangible benefits to the people of both countries, and promotes the economic and social development of Kenya,” Guo said

Not only was this an opportunity to tour China but an occasion for some of these employees to witness first-hand the culture of the people they are now working with. 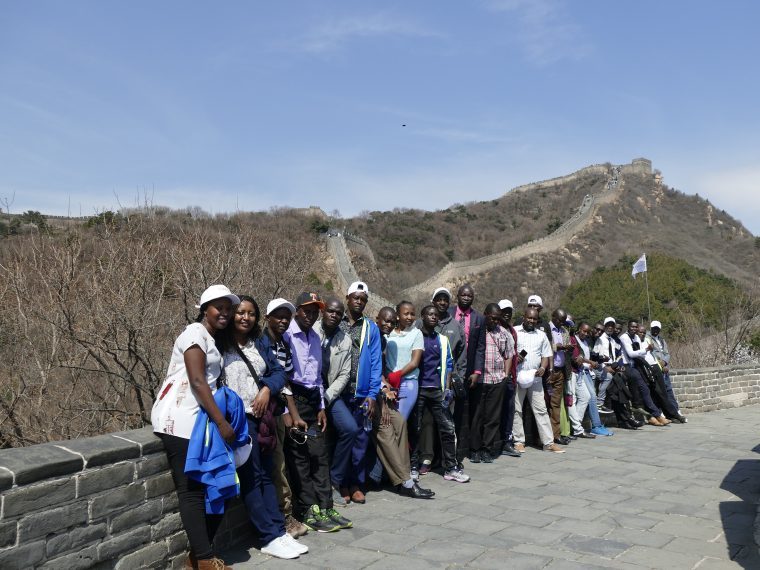 “I believe after this trip, you will have a deeper understanding of China and Chinese culture, which will help you more in your future work with Chinese companies.” The economic counselor noted.

Indeed, Daniel Kitheka who works for Avic International says the trip has been a very nice experience for him. He admits that he now understands where his colleagues’ work culture emanates from.

“Being on this trip has shown me that hard work pays. It has motivated me a lot. I now want to do well to my employer. For the time I have worked with Avic, I have seen how much they value me. There has been no discrimination at all.” Kitheka said

Moving forward, Guo said leaders from both sides have to demonstrate commitment, hard work and dedication to the now flourishing relations if the people must reap the full benefits of the longstanding relationship.

While on the 8-day tour, the outstanding employees were able to visit world heritage sites such as The Bund, Chinese Art Palace, and the Oriental Pearl Tower in Shanghai. In Beijing, they paid a visit to the Great Wall, Tiananmen Square, The Palace Museum popular as Forbidden City, the Temple of Heaven, and the Ming tombs among others.

SKILLED TO WORK: NURSING STUDENTS USE MEDICAL SKILLS IN KENYA