Video:Kenyans Up in Arms after Attack on Woman 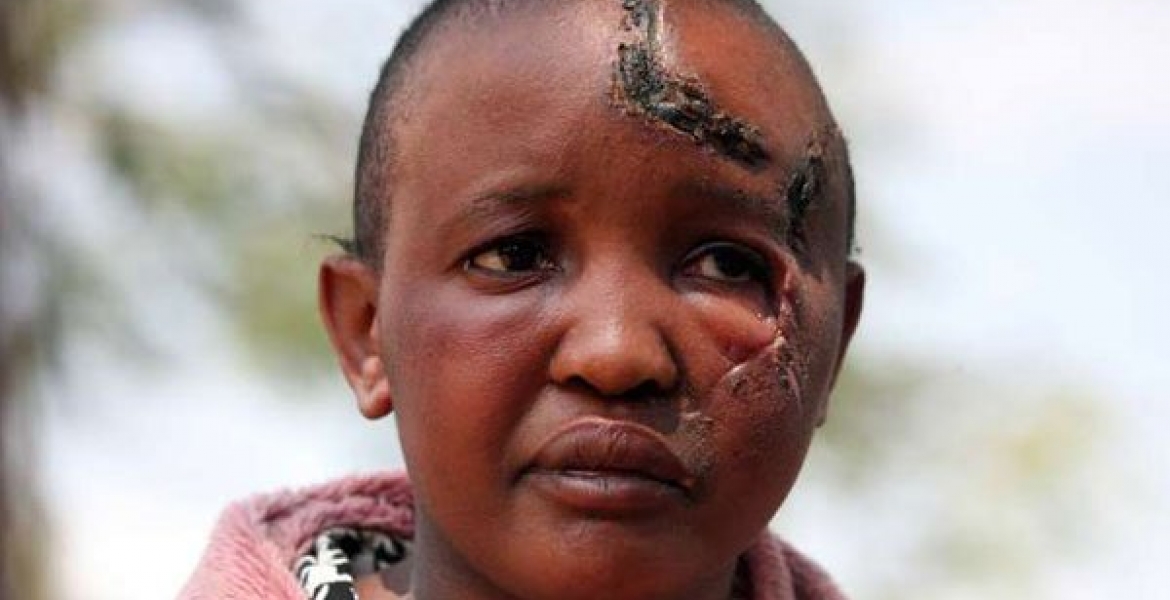 Kenyans Up in Arms after Attack on Woman

Kenyans took to social media on Monday to express fury over one of the most heinous acts of domestic violence to have occurred recently.

Ms Jackline Mwende, 27, whose husband is said to have chopped off her hands and cut her head and neck with a panga because she has not borne him a child since they got married, has become an instant internet sensation after her story was published by the Nation on Monday.

She, however, claimed the man was the one with fertility problems.

John Miruka posted on his Facebook page: “Some men behave like dogs. Even after getting the doctor’s advice, he could have done the necessary instead of chopping off his wife’s hands.”

“If you marry my daughter and then down the road you decide you don’t like her any more, please send her back home in one piece to me and I will give you back your goats. She can cook tea for daddy.

“But if you chop off her hands like this, you can rest assured I will chop off your head without fail,” Ngengi Waweru posted on his Facebook page.

Some could only offer emotional and spiritual support to the young woman. Bongomin Latinacholi posted, “Thank God she is alive. The journey to mental healing will require a lot of prayer and counselling. May God see her through.”

Some squarely lay the blame on the authorities. “They are quick to deport Koffi Olomide just for kicking a woman and they can’t deal with an idiot like this one who cut his wife’s hands. So sad to know how Kenyan law and the police work,” Jason Cunliffe Makutsa Asumbwe commented on the Nation Facebook page.

“Where is FIDA now? The man is a criminal!” Wachira Penie joined in the conversation.

Mrs Mwende told the Nation on Sunday that before the brutal attack, they had separated for about three months.

He was arrested the following day in Machakos.

Additionally, gender equality and women empowerment and rights organisations in the country have called for action against propagators of domestic violence.

A statement from Fida-Kenya chairperson Josephine Mong’are said the organisation was angered by the escalating cases of violence against women in country.

Fida claimed that cases of domestic violence were on the rise but nothing seemed to be done about it.

“We call upon the office of the Inspector-General (of Police) to ensure that the escalating cases of violence are immediately dealt with and that all culprits are brought to book,” said Ms Mong’are.

Rahab Mwikali, chairperson of the Maendeleo ya Wanawake Organisation, said: “No dispute in a family, whether a young or mature one, should lead to bodily harm.”

National Gender Equality Commission chairperson Winfred Lichuma said no amount of money given to Ms Mwende will be sufficient to cover the damage inflicted on her.

Video:Kenyans Up in Arms after Attack on Woman Reviewed by samrack on August 2, 2016 .

Kenyans Up in Arms after Attack on Woman Kenyans took to social media on Monday to express fury over one of the most heinous acts of domestic violence to have occurred recently. Ms Jackline Mwende, 27, whose husband is said to have chopped off her hands and cut her head and neck with a panga