Kenyans in the diaspora: unite or perish. 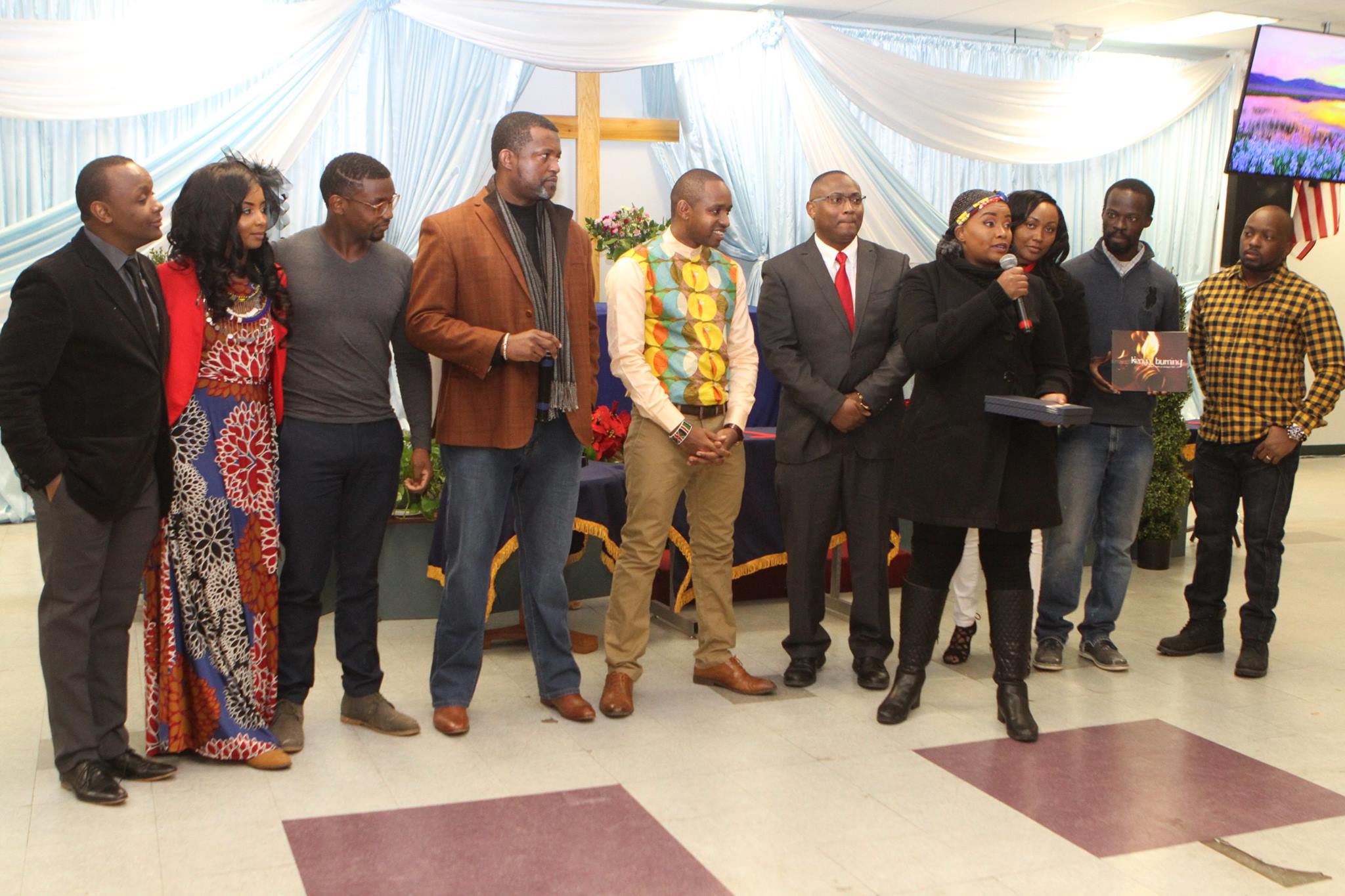 Kenyans in the diaspora: unite or perish.

I have been coming to America almost every year since 2008. I travelled here for the first time to cover the 2008 US elections while working for The Standard Newspaper. Since then, I have travelled extensively within the USA. I have met wonderful people and made life-long friendships. My trips have taken me to institutions of higher learning such as Yale and Duke University, University of Delaware, University of San Francisco, Rutgers University and Occidental College, where former President Obama schooled. In the past year, as I have been publicizing my book, I have also had the privilege to visit the great cities of Atlanta, Alabama, Arizona, Boston, Dallas, Houston, Jersey City, Seattle, Sacramento, San Francisco, Minneapolis, New Brunswick, New York, Oakland, Worcester and Washington DC. I have done this with full financial support of fellow Kenyans who came together to make it happen. It is this support from the people in the diaspora that made me admire what the unity of a people is capable of.

Kenyans migrate for different reasons: education, money, love, family and even safety. Some immigrants go to America straight from the village and others come from big towns and cities. Most of them have encountered an America contrary to what is portrayed by Hollywood and American TV shows. An America that is very unforgiving to anyone who doesn’t have a job or money. Through my trip I have been witness to a dark side of diaspora life. One that legitimately threatens the survival of many. This is what I am speaking to. My hope is sharing this helps unite us even more.

The way most Kenyans find their way in America is like the way most Kenyans find their way in the slums of Nairobi. Most people who live in Nairobi slums end up in a “slum area of people from their tribes”. If you visit any Nairobi slums, you will find large clusters of people from one community living together. The same scenario applies in America.
As a new immigrant in a strange land, that is extremely fast paced, you look out for areas that have something familiar- language, food, church. You look for something that reminds you of home. So you seek and reach out to your fellow Kenyans. The familiarity you seek draws you to places, and in the case of the US states that have a high concentration of Kenyans. Logically that is what you do. The curious thing though is that once you meet them you quickly realize that many Kenyans in different areas are organized into different groupings, largely based on tribal lines. This is something that is very evident and that many Kenyans I spoke to corroborated.

Now, there is nothing wrong with tribe. I once heard a speech from Professor Ngugi Wa Thiong’o where he asked that we stop viewing ourselves as tribes but rather as Nations. I therefore say your nation is part of your identity. It is an inheritance of the rich culture and history of your people, and a unique language. This is not our reality though, we have chosen though to identify ourselves as tribes and there is everything wrong with tribalism. Tribalism is that poison the British used to colonize Kenya. It is a tool of oppression and was used to divide and rule over us. The British colonial government introduced most of the stereotypes we have about tribes in Kenya. The methods used to divide communities are well documented. Even 54 years after independence our leaders have used and continue to use tribal propaganda in harming our unity as a nation.

Tribalism is used by politicians to cover up for their looting of this country. Some of the poorest people in Kenya come from communities that have held power or had their sons and daughters in powerful government positions since 1963. Individuals steal, but their tribe gets blamed because like the cowards these individuals are they hide run behind the cloak of tribe. Politicians have used tribalism to destroy Kenya, because we have foolishly believed their lies and become their tribal foot soldiers. We are more tolerant to a politician accused of stealing our resources in billions that cause the deaths of many, than to a chicken thief. The outcome is that we become more and more tribal. Something we have exported beyond our borders.
The most toxic people online don’t all live in Kenya. They are in the diaspora and share the most of the abusive things you can find online. They use the distance, and the tribal identity that is strengthened by their day-to-day interactions in self-made cocoons, to insulate themselves from the danger of their words. Their social circles applaud them, and they never get to see the impact of their statements on the society back home. Post 2007 elections, tribalism became so bad. Kenyans in the US turned against each other. They exchanged terrible accusations. Some of them even called immigration police on fellow Kenyans who were out of status- and not because they cared about upholding the law. They wanted them deported because of tribal hatred.

Today, tribalism in diaspora is worse and any existing tolerance is turning into hate.

I saw it everywhere; It is in the pulpit, in the streets and at the work place. I have been turned away from churches because of the activism I do and some people openly said they couldn’t attend my event because there is nothing important a person from my community can tell them. I have seen people on the verge of violence as they speak to me and accuse of me of not “being Kikuyu” because I call out the corruption of our leadership. I learned that in some states, different tribes even hold different national day celebrations on the same day. They can’t even celebrate Kenya’s freedom together. The thousands of Kenyans in Dallas were supposed to get their own consulate, but because of tribal infighting that idea was shelved. Some Kenyans don’t interact with other “tribes” at all.

The diaspora is critical to the Kenyan economy and the lives of Kenyans. In 2016, Kenyans in the diaspora sent home Sh177.34 billion ($1.72 billion) according to the Central Bank. Diaspora remittance is Kenya’s largest source of foreign exchange earnings for the third straight year, beating tea and horticulture exports. Clearly they are integral to the survival of many. We need to look beyond brand names that were imposed by colonialists and propagated by thieves. Harboring hate only has one consequence, destruction. Kenyans in the diaspora need to heal. They need to have a diaspora dialogue on tribalism, confront this issue, and see what it is doing to our unity. They may not live in Kenya but they should be proud of their motherland. Their unity can help them accomplish far much greater than they think and even help in doing much more. Together they can influence policy when it comes to foreign investment and their right to vote. Many of them have been swindled back home and they have received no help from the government. Now the government is looking into taxing them even before giving them the right to vote.These are issues they cannot articulate properly as long us they remain divided.

Every year thousands of Kenyans converge for Dallas Memorial and Vegas for Rugby, I would be happy to see as many Kenyan in the diaspora come together for dialogue on tribalism and how to heal and resolve our differences. A divided Kenyan diaspora community will only make things worse in America and at home. A united diaspora will help us all.

Kenyans in the diaspora: unite or perish. Reviewed by samrack on May 5, 2017 .

Share thisFacebookTwitterPinterestEmailWhatsAppPic: Samrack Media Kenyans in the diaspora: unite or perish. I have been coming to America almost every year since 2008. I travelled here for the first time to cover the 2008 US elections while working for The Standard Newspaper. Since then, I have travelled extensively within the USA. I have met wonderful people