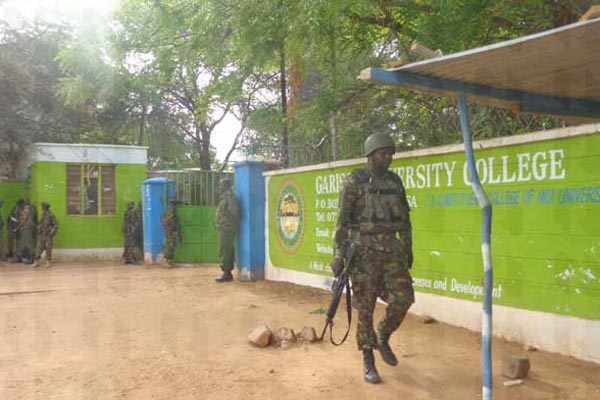 Scores of Kenyans living in the US and UK assembled in Los Angeles, California, Saturday and observed a minute’s silence in honour of the Garissa University students who were massacred by Al-Shabaab terrorists.

The Kenyans who gathered at Courtyard Marriot in Sherman Oaks in Los Angeles Friday evening for the inaugural Face of Kenya USA (FoKUSA) said they were individually and collectively disturbed by the reports of the senseless attack that were being broadcast around the world.

“We are very devastated. We are very sad and deeply traumatised by what we have been seeing in the media since Thursday concerning the slaughter of our brothers and sisters.

“We would like our government and compatriots back at home to know that we stand with them during these very trying moments.

“As a country, we have had such trials but we have emerged much stronger and united,” said Wacu Ndirangu, the manager of FoKUSA.

The death toll now stands at more than 150 with many others nursing gunshot wounds.

Four of the gunman were eventually surrounded in a hostel and killed by Kenya security forces. It is the deadliest attack yet by Al-Shabaab on Kenyan soil.

The militants singled out Christians and shot them, witnesses said.

In a statement to the Nation in Los Angeles, Janet Wainaina, the founder of Face of Kenya pageant said the organisers and contestants joined their Kenyan compatriots in condemning the cowardly act of terrorism against the nation at Garissa University.

“As we pray for the souls of those innocent youth whose lives were cut short by those cowardly murderers, we would like to remind Kenyans that it is important to stand united as a country during this period of mourning.” She said.

Mrs Wainaina said the group assembled in Los Angeles, expected to be around 300, would take a moment to light candles, pray and observe a minute’s silence in honour of the students who lost their lives.

“Most of our contestants in this competition are college students and I can tell you that they are very affected by the news of the attack.

“We shall therefore let each one them light a candle in honour of our fallen brothers and sisters,” said Wacu Ndirangu.

Kenyans in diaspora mourn varsity students killed in Garissa massacre  Scores of Kenyans living in the US and UK assembled in Los Angeles, California, Saturday and observed a minute’s silence in honour of the Garissa University students who were massacred by Al-Shabaab terrorists. The Kenyans who gathered at Courtyard Marriot in Sherman Oaks in Los