by samrack
in News, U.S Diaspora
A A
0

Kenyan civil servant Diana Mutisya is devastated that she will not be receiving the same compensation as Americans injured in al-Qaeda’s bombing of the US embassy in Nairobi 22 years ago.

She was in a bank next to the embassy in the Kenyan capital fixing a payroll problem when the two explosions hit. The four other people in the room with her at the time died. She went into a coma and was flown to South Africa for treatment, where 15 metal plates were used to hold her spinal cord together.

Last month, it was announced that Sudan had paid $335m (£244m) as compensation for victims of past attacks against US targets.

But the deal – a key condition set by the US for Sudan to be removed from its list of state sponsors of terrorism – only includes punitive damages to families of victims or those injured who are US nationals or US embassy workers.

The majority of the estimated 5,000 people injured the twin bombings to hit the American embassies in Nairobi and the Tanzanian city of Dar es Salaam on 7 August 1998 will not get any money. Neither will the families of the more than 200 locals who died in the blasts.

“I felt awful [to hear about the compensation deal]… We were affected because of the enmity between the US and the attackers. They should give us consideration,” Mrs Mutisya told the BBC.

“Americans cannot be superior, we are all human beings… If anything we’re innocent, this thing happened because of them. They [the attackers] were targeting the American embassy where they knew American citizens were.”

It has taken the 60-year-old civil servant many years to get over that day and continue with her life – but she will never fully recover. One of her lungs no longer functions. Today she can walk, but not for long and she has to use an orthopaedic chair while at work.

Each American victim or family of the US embassy attacks will receive $3m, while locally employed staff will receive $400,000, the US media reported. In total 85 survivors or families of victims will be compensated.

Sudan admitted culpability in the attacks after being accused of giving al-Qaeda and its leader Osama Bin Laden technical and financial support in the 1990s. Its removal from a US blacklist allows the country get badly needed debt relief, foreign investment and loans from international financial institutions.

US State Secretary Antony Blinken said the payment would “start a new chapter” in relations between the US and Sudan.

‘Money did not reach victims’

But for many there is no new chapter – despite the US saying it has given millions of dollars in humanitarian assistance to Kenyan victims of the embassy bombing.

According to the spokesman of the Kenyan victims’ association, most of this money did not reach the victims.

“I was involved in pushing the US Congress to release $47m to Kenyans,” Douglas Sidialo, who lost his sight after the blast, told the BBC. 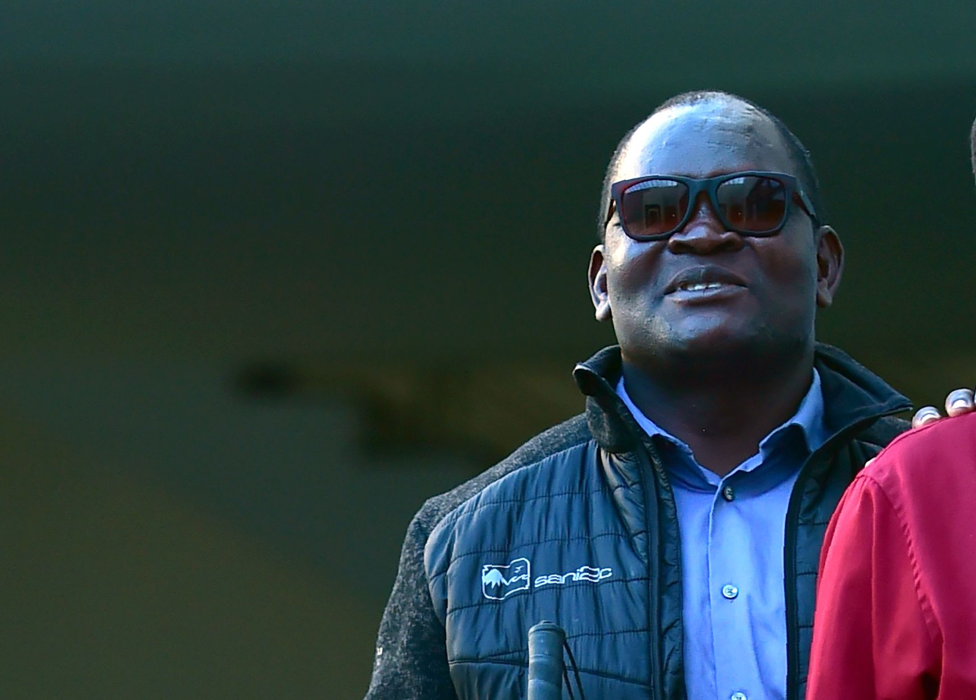 This [support] was for only three years from 1999 to 2002. After that the Americans packed up their bags and left”

“We thought this money was coming to help the victims, but I will tell you over 95% of this money went towards the rehabilitation of buildings [that surrounded the embassy].

“It never went towards rehabilitation of lives.”

He agrees the injured did initially get medical funding and counselling: “But this was for only three years from 1999 to 2002. After that the Americans packed up their bags and left.”

The disappointment is more heartfelt because Joe Biden is now US president.

As vice-president, he visited Kenya in 2010, meeting some of the victims at the lawns of a memorial park in Nairobi built where the embassy once stood – and the issue of compensation was raised.

“I held his hand for like a minute. I raised these issues with Joe Biden, looking straight in his eye. He said they would look into the issue. It has taken us over 10 years now, we have never heard anything from him,” Mr Sidialo said.

“We want equal treatment just like Americans. We are not lesser beings.”

The US state department insists it has done all it can, telling the BBC: “In the years immediately following the blast, the US government provided support and assistance to help Kenyans affected by the bombing to recover from the attacks and resume their lives.

But survivors, whose struggles are widely documented – with the yearly media coverage when families converge at the memorial park to lay wreaths and say prayers – want justice.

Some of them – about 500 in number but the list is growing – want compensation and their initial target is the Kenyan government, which they accuse of failing to seek justice on behalf of its citizens.

Kenya’s foreign affairs ministry has not responded to a request to comment on the allegations that it is refusing to meeting victims about the issue.

The group has also set their sights on the US, Sudan and Iran, which their lawyers say is also cited in several reports as giving support to al-Qaeda at the time.

“We shall continue to pursue justice locally and even up to international forums because we feel we have been unfairly treated,” said Stanley Mutuma, a victim who lost his sight in the blast.

They have partnered with Kituo Cha Sheria – meaning “Legal Advice Centre” in Swahili – a non-profit organisation that assists people on public interest litigation.

The group intends to file a petition at Kenya’s High Court and talks are also ongoing to file a case in US court.

“Since this [the embassy] was their property, they [the US] have that moral obligation to ensure that all the victims are considered in terms of compensation,” Mr Mutuma said.

For Mrs Mutisya it is important to continue the fight before anymore survivors die.

“The incident is just like yesterday because we live with the pains.

“We’re nursing a lot of wounds, so we’re limited in doing our capability [to fight]. But we’ll still push for justice even if we are left a few of us.”