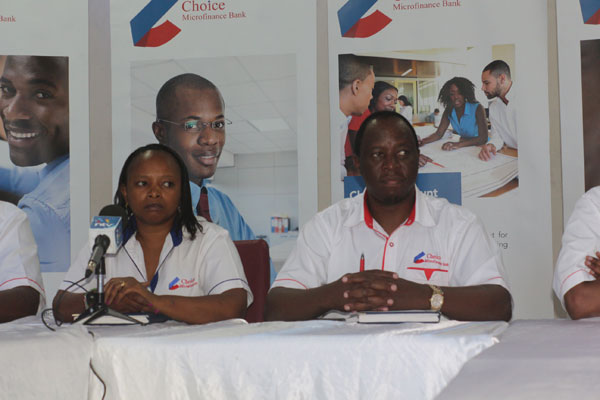 Kenyans in the diaspora are shunning high interest rates and remittance costs charged by local banks with the launch of a microfinance institution.

A microfinance started by Kenyans living in America has opened its first local branch in Ongata Rongai and already has 3,000 customers.

Choice Microfinance Bank chairman Bernard Kamiri said the diaspora shareholders had provided them with up to Sh200 million in deposits for onward lending and expressed confidence that they would open more branches in the country to cater for their clients as well as Kenyans.

He said the bank aims to roll out more investment programmes to grow their loan book that currently stands at Sh150 million.

Banks are fleecing Kenyans through high interest rates of up to 24 per cent that the Central Bank governor said were remarkably higher compared with Kenya’s peers in Africa and have been a subject of several Bills in Parliament for decades, including one that was being discussed on Thursday.

Central Bank Governor Patrick Njoroge said Kenyan banks have pursued quick profits at the expense of the country’s long-term economic growth. They make billions when many listed companies who borrow money from them are announcing profit alerts.

Choice Microfinance’s marketing manager, Ms Carol Gikonyo, said the bank was closely monitoring young entrepreneurs with viable projects that could be scaled up via injection of funds from an equity investor.

“As the diaspora community, we have been experiencing a myriad of challenges doing our own investments in Kenya due to lack of support from the banking industry,” said Mr Kamiri.