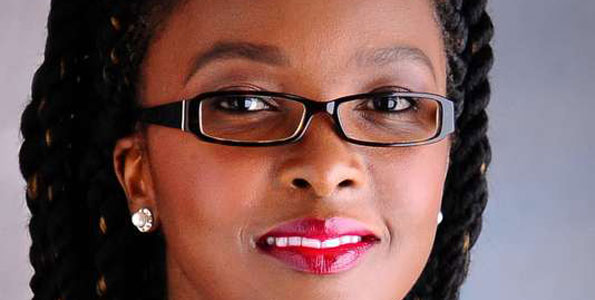 Karen Korir has been honoured by the Airport Business magazine’s “Top 40 Under 40” 2015 ranking. PHOTO | AL TORRES

A Kenyan professional has made it to this year’s ranking of young and outstanding aviation experts in the United States.

Karen Korir – who works as a planner for three airports around the Houston metropolis in Texas – has been honoured by the Airport Business magazine’s “Top 40 Under 40” 2015 ranking.

Ms Korir, 36, beat more than 300 other nominees to make it to the annual list, which tracks budding individuals shaping aviation and airport management in the US.

“Ms Korir has been involved in providing planning support for the development of new master plans for Houston’s airport. Korir juggles a lot as an aviation industry planner for the world’s busiest airports,” the judges said in their citation.

They added: “It was tough to narrow the field to just 40.” Ms Korir serves as managing planner for the Houston Airport System, covering the George Bush InterContinental Airport, Hobby Airport and Ellington Airport.

Combined, these three airports served 53.8 million passengers in the year to June 2015, according to data from the City of Houston.

Ms Korir now joins the list of other Kenyans who have excelled in their studies and professional work abroad, underlining Kenya’s rich talent base.

The list includes Philip Kamau, a senior director in charge of finance at the African Export-Import Bank, who was last year awarded the Elisabeth Strouven prize and medal for being the best researcher in his PhD class at the Netherlands-based Maastricht School of Management.

Phyllis Omido in April won the $175,000 Goldman prize environmental award after battling to close a lead plant in Mombasa that was poisoning its inhabitants.

The “Top 40 Under 40” scheme is run by Wisconsin-based Airport Business magazine in partnership with Airport Consultants Council, a lobby group bringing together those working in the operations of airports and related facilities.

Criteria for selection includes proof of work as an aviation industry professional and leadership of an organisation in outstanding projects such as new passenger terminals, advanced IT uptake and safety and security improvement. All candidates must be aged under 40.

Ms Korir, who grew up in the tea estates of Kericho, began her aviation career at Hartsfield-Jackson Atlanta International Airport (ATL) as an intern in 2004 and gradually rose through the ranks to be in charge of planning and development.

The judges noted that Ms Korir had successfully led in planning and executing a $1.5 billion (Sh154 billion) project to redesign and expand facilities at George Bush InterContinental Airport – including the building of a new international terminal; streamlining of customs, immigration and baggage processes; and construction of a new vehicle parking garage.

“The programme plan for this effort has received several accolades across the industry,” the magazine said.

“She provided planning support to the spaceport study programme for Ellington Airport that resulted in the FAA granting Houston Airport System a licence in June to build and operate a commercial spaceport.”

Ms Korir said the commercial outer space plans at Ellington are not government funded like NASA expeditions but will instead be a private commercial service for the general public who would like to take a trip to space.

She said she chose a career in aviation and planning because of its interdisciplinary nature, which sees her deal with aspects such as engineering, architecture, law regulations, finance, operations, corporate strategy, and project management.

The aviation techie was certified as an Accredited Airport Executive (AAE) in 2012, a professional credential for those working in the aviation and airport management industry.

With her decade-long experience in airport management, Ms Korir now provides coaching sessions and mentorship to those preparing to sit for the AAE certification. She received her undergraduate degree in business administration from Coe College, Iowa, in 2002.

Ms Korir also holds a Master’s degree in public administration with a bias in aviation planning from Southern Illinois University, Carbondale, where she graduated in 2005.