Kenyan Woman Murdered by Her Canadian Employer’s Son in Egypt

Kenyan Woman Murdered by Her CanadianEmployer’s Son in Egypt

A Kenyan family is seeking answers following the alleged murder of their daughter in Cairo, Egypt on September 23rd.

Grace Wangoi, 32, from Moi’s Bridge in Trans-Nzoia County, has been a domestic worker in the North African country for the past seven years, her family told The Standard.

Until her death, she was taking care of an elderly Canadian man.

Her elder brother Johana Kambo said the family received a phone call on Monday from a neighbor, who informed them that Wangoi died following an altercation with her employer’s son.

Kambo, who works at the University of Embu as a dean, said his sister had complained that her employer’s son, who arrived from Canada, was sexually harassing her.

“My sister complained to her employer (the Canadian) and her agent about the sexual harassment but both asked to persevere. Wangoi said the younger Canadian made frequent sexual advances, but she declined and the employer told her that his son would be returning to Canada,” said Kambo.

He added: “We have been informed that the situation worsened on September 18 after the employer’s son turned violent and attacked my sister.”

He said the family is yet to receive official communication from the Foreign Affairs Ministry and the Egyptian Embassy in Nairobi about their kin’s death.

Wangoi’s sister Tabby Wanja said the deceased had worked for the elderly Canadian man for about a week, having arrived there on September 14th.

“I have a sister who is in Egypt, Cairo, she was working in a new house, there was only an old man in the house to care for then the son of the old man came from Canada. He started assaulting my sister when my sister declined, he hit her on the head with a blunt object my sister fell and died,” she told Tuko News.

Wanja said when the man realized he had killed Wangoi, he threw himself from the 13th floor of their apartment and died on the spot.

The family is appealing to well-wishers to help them raise Sh300,000 for preservation and an additional Sh500,000 for repatriating the body. 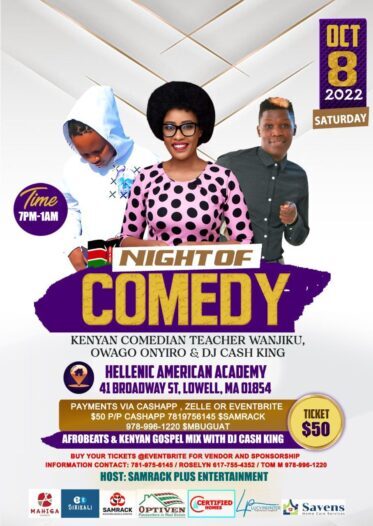 Kenyan Family Searching for Their Missing Son in Douglasville, Georgia