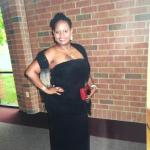 Police found their bodies just after 11:30 a.m. March 30 at a house in the 9300 block of 125th Street when responding to a check-welfare call from Muchina’s employer after she didn’t report for work that morning. Muchina was last seen leaving work March 28, police said.

Savage Police Chief Rodney Seurer said Tuesday that Muchina’s relatives live outside the country, so it took “some time to gather the information to make a positive ID.”

A day after Dobie and Muchina were found dead, two cars and a van were still parked in their driveway, porch lights remained on and a side window was cracked open.

Neighbors said the couple kept to themselves. They said the two moved into the neighborhood within the past 12 months, and that police also visited the home about two weeks before the incident.

Kenyan Woman Killed By Husband in a Murder-Suicide Incident in Minnesota, Say Police [VIDEO] Reviewed by samrack on April 8, 2015 .