Kenyan woman goes missing in Germany after dropping off kids

by samrack
in Diaspora, Family, Kenya, Kenya Diaspora News, News, People
A A
0

Kenyan woman goes missing in Germany after dropping off kids

A Kenyan family in Germany is looking for its kin who went missing one month ago. 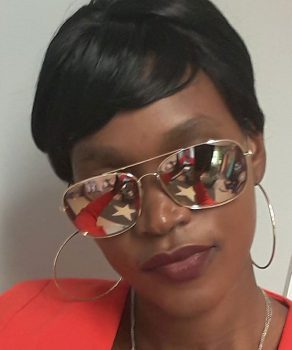 The neighbor told police it was a “normal

occurrence when she (Rita) needed to run some errands.”

Rita’s sister, Ms Carol Kay – who is also in Germany –  has been sending out social media appeals on Rita’s whereabouts.

In one Facebook post, Ms Carol said that the last time they heard from Rita was on April 5, 2019.

“Her Family kindly and desperately request your help in finding her whereabouts. She was last heard from on 5th April 2019 from Germany where she lives, with no cause for alarm but since then cannot be traced.

“In case anyone happens to see her/ has seen her anywhere or has any information that can lead to her whereabouts please contact me,” she posted on Facebook.

The family said that as soon as she was reported missing the two children were taken under the care of their father.

On the day she disappeared, the family told the police that she was wearing a black and white striped outfit with leggings and a skirt.

She is about 160-165 cm tall, slender in shape, with black, medium-length, curly hair and a nose piercing.

Billions lost to cybercrime in 2018 – Report

Billions lost to cybercrime in 2018 – Report