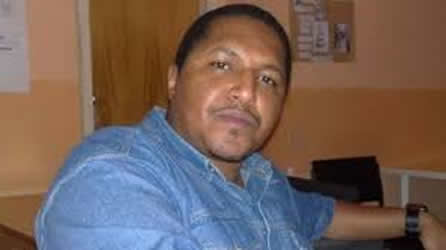 Martin Berlin, the Kenyan national who was found dead in Germany after he went missing.

A Kenyan national living in Germany, who went missing at the weekend, was on Tuesday night found dead. The body of Martin Berlin was retrieved from an underground train station known as Osloer Strabe in the Gesundbrunne, Germany with the police saying that he might have been hit by a train. According to sources who spoke to Nairobi News, the officers investigating the death of the Kenyan have requested for CCTV footage from the station in order to find out what caused the death. Martin, according to our source, has been living in German for a while with his family and was a celebrated DJ there. “Martin was a great DJ who used to play Kenyan music whenever we had Kenyan functions in Germany and he lived with his family,” the source said. – Nairobinews

Kenyan who went missing in Germany found dead Reviewed by samrack on November 21, 2019 .