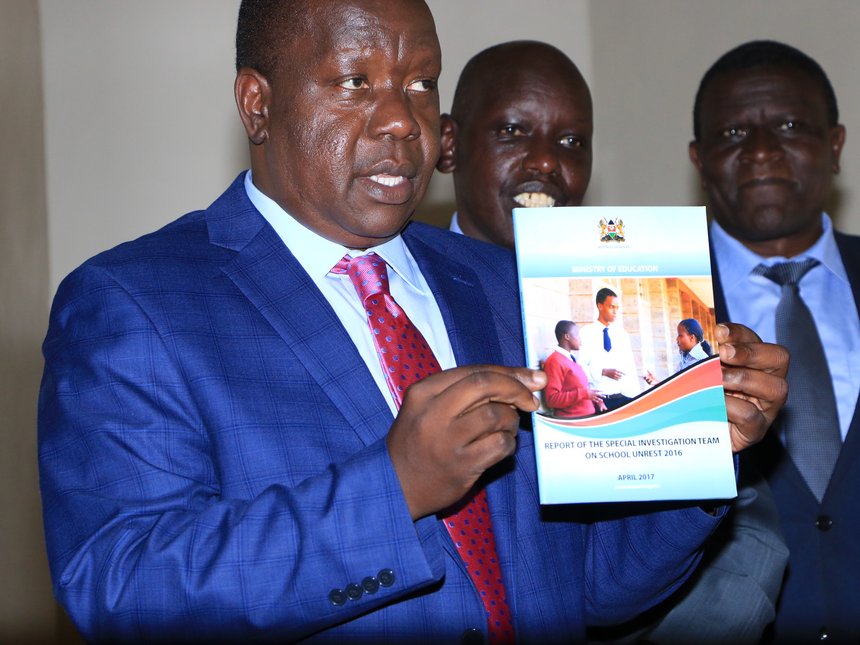 Education CS Fred Matiang’i has said all learning institutions will take a two-week break from August 4 for the election.

The CS made the announcement on Friday when he addressed school administrators at KICD on preparedness for the August 8 poll.

Matiangi said he was consulting Vice Chancellors and college principals on this.

“This will allow learners to vote and be with their parents. You will also have time to participate because I know we contribute the highest number of election officials as a sector,” he noted.

“We have set the preliminary date when schools should be closed to ensure elections are conducted peacefully. We urge heads to take an inventory of property that will be handed over to the IEBC and ensure officials give them back in good state.”

Matiang’i reported that he spoke to IEBC chairman Wafula Chebukati on furnishing the ministry with a list of requirements, including the number of schools, to be used on voting day for accountability purposes.

IEBC uses schools either as polling stations or tallying centres during the general elections.

The Cabinet Secretary asked school managers to ensure they clear areas the commission will use to avoid destruction of school property.

Matiang’i said he also notified the electoral agency that it will have to foot expenses for any damages at learning institutions during voting.

“We do not build schools so they are destroyed. We are borrowing these facilities from our children so we must return them in good condition,” he said.

The CS further said political rallies or any other campaign activities within school premises were banned.

He asked VCs and college administrators to guarantee student safety during the campaign period, especially during the transportation of students.

“I do not want a case similar to what was witnessed recently in Tanzania. We can live with any other mistake but not with anything that threatens the security of our children.”