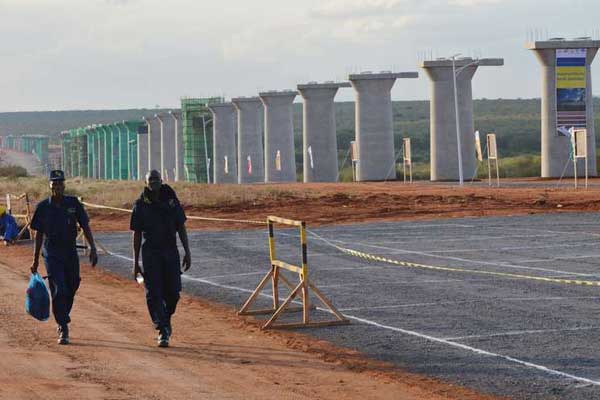 Construction work on the standard gauge railway at the Tsavo River bridge in Voi. About 40 Kenyan photojournalists will have their photos of the SGR exhibited at the China Roads and Bridge Construction (CRBC) headquarters in Beijing, China and Nairobi. PHOTO | KEVIN ODIT | NATION MEDIA GROUP

About 40 Kenyan photographers will have their photos of the standard gauge railway (SGR) exhibited at the China Roads and Bridge Construction (CRBC) headquarters in Beijing, China and Nairobi.

Speaking during the closing dinner with the photographers at a hotel in Nairobi, CRBC Business Manager Leon Li Yao said the photos will be used to tell the SGR story through the exhibitions.

“I will request the Kenya Railways authority to display the SGR photos at their headquarters for Kenyans to keep abreast with the progress of the project. READ MORE

Kenyan photojournalists’ work on standard gauge railway to be exhibited in China Reviewed by samrack on November 23, 2015 .