The country’s top newspapers highlighted the tough decision Treasury CS Ukur Yattani is expected to make as the country’s economy continues to shrink, as well as the completion off BBI signatures verification exercise. 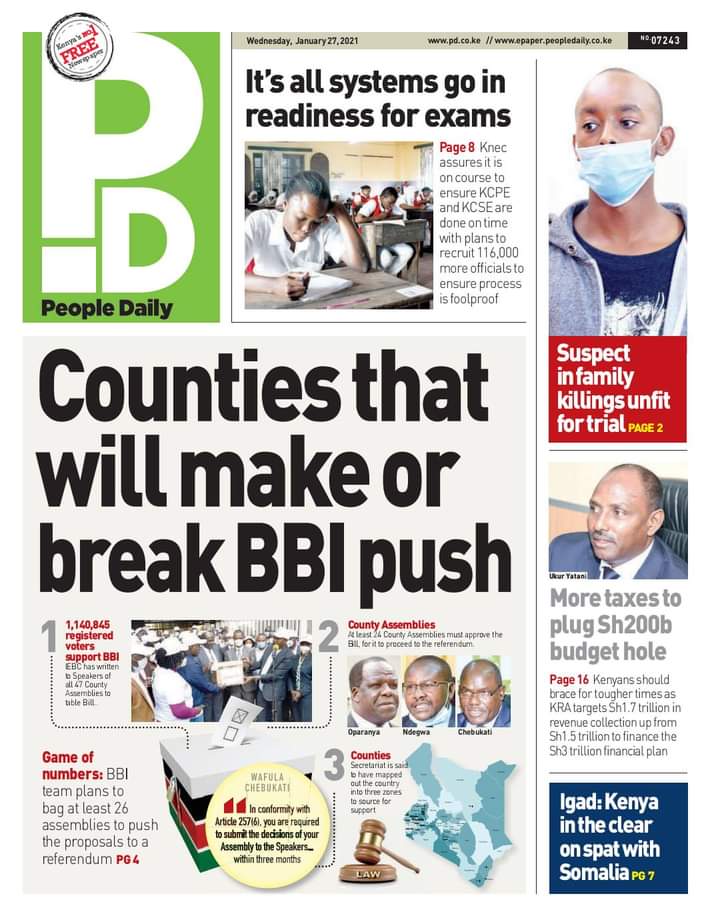 Also one of the dailies reported on Kenya National Examination Council (KNEC) preparedness ahead of KCPE and KCSE exams slated for March, 2021. 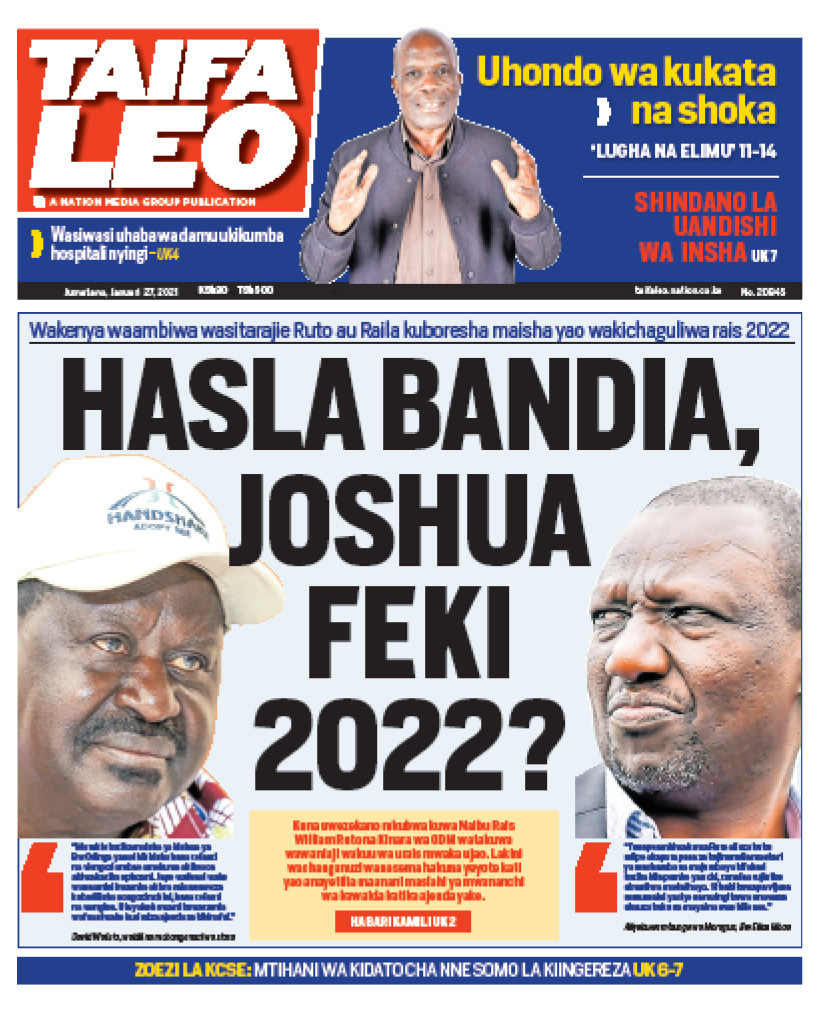 The Kenya National Examination Council (KNEC) has maintained on its commitment to smoothly manage KCPE and KCSE examinations set for March this year. 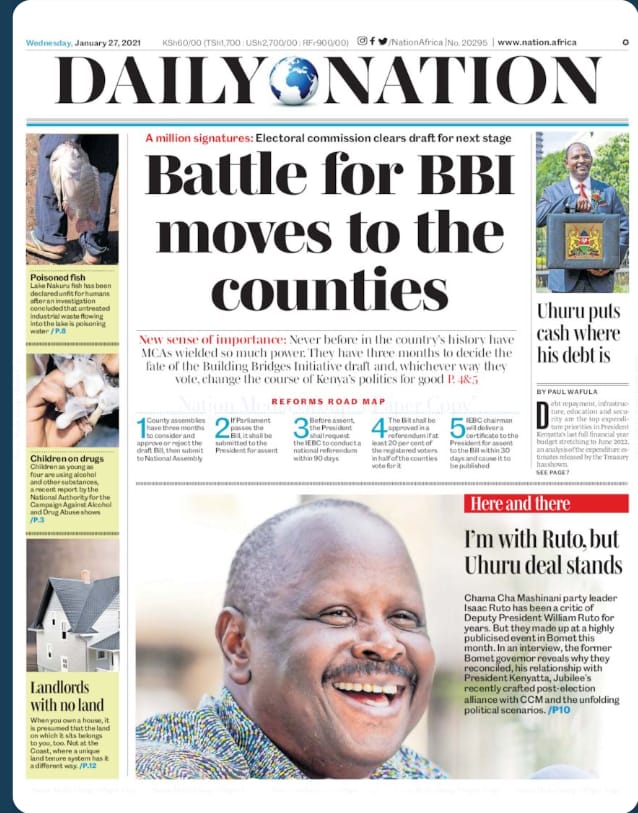 According to the daily, the council said it will hire more supervisors and invigilators in order to meet the Ministry of Health COVID-19 measures.

The Swahili publication did a report dismissing Deputy President William Ruto’s claims that he is a hustler.

According to the daily, the DP is rich and he is using the narrative to dupe unsuspecting hustlers into supporting him and eventually make him then president come 2022.

The publication also dismissed ODM leader Raila Odinga’s claim that he was the country’s Joshua who would turn things around and make life better for millions of suffering Kenyans.

Treasury CS Ukur Yataani has revealed that the country’s economy has greatly declined and affected the financing of 2021/2022 budget.

In the projected budget for the next financial year, the Treasury said the country will be struggling with a financial deficit of about KSh 937 billion which will in turn force President Uhuru Kenyatta to borrow in order to finance the next budget.

In a bid to raise more revenue, the government intends to increase tax on basic goods and services to collect KSh 200 billion more. 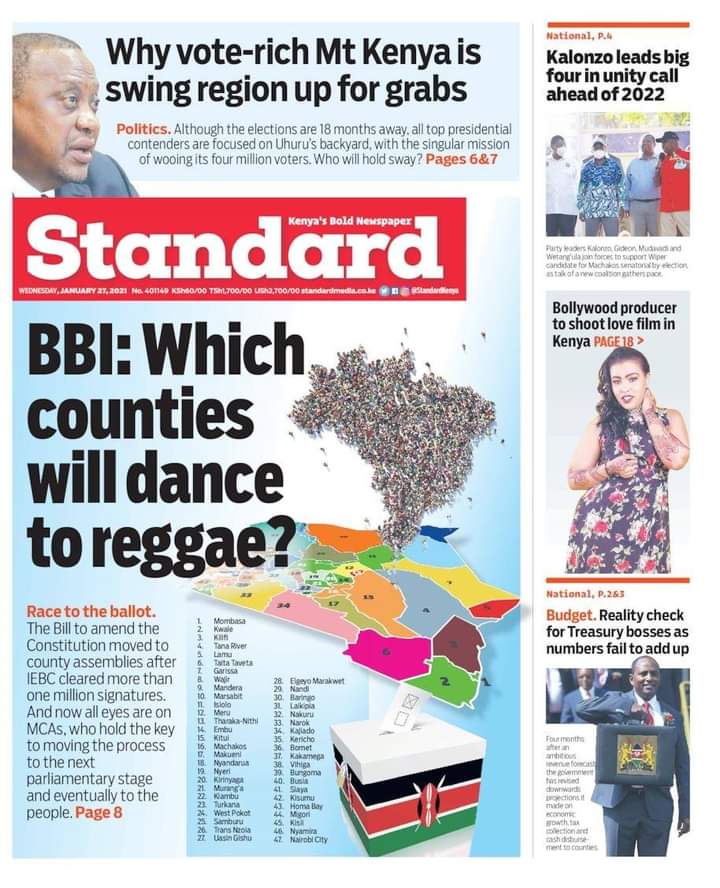 The controversial BBI referendum bill now heads to the 47 counties following a successful signatures verification by the IEBC.

According to the daily, at least 1.4 million signatures were approved by the electoral commission.

In the county level, the bill will require the endorsement of not less than 24 counties in order to move to the next stage.

If supported by majority of the county assemblies, the bill will be taken to the National Assembly and the Senate for debate.

If supported by majority of members from both Houses, the bill shall be taken to the president for assent.

The 10 most expensive countries to live in, ranked

The 10 most expensive countries to live in, ranked