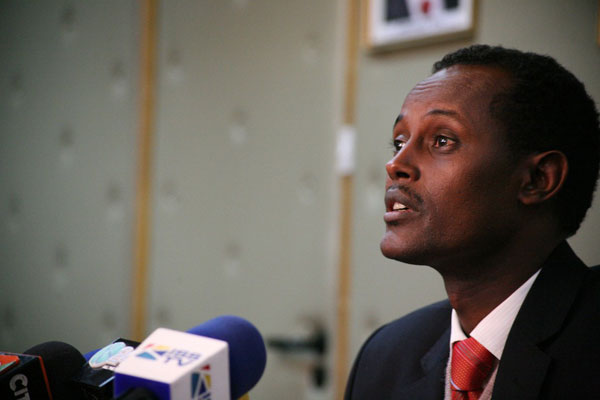 The National Assembly dealt a blow to President Uhuru Kenyatta’s anti-graft efforts by kicking out top officials of the secretariat left to oversee high-level investigations after the commission chairman and his two deputies were sent packing.

While the Executive was accused of hounding the three commissioners – Mr Mumo Matemu, Ms Irene Keino and Ms Jane Onsongo – the Legislature on Thursday targeted the secretariat by sending home the Chief Executive and his deputy, who have been overseeing the processing of high profile cases that the President made public in March.

But the outcome put the ball squarely on the feet of the President, who may choose to assent to the Bill or return it to the members with a memorandum. If the MPs disagree with the President, they will then have to marshal two-thirds majority to overturn State House’s recommendation.

A bitterly divided House made last-minute changes to an amendment bill and agreed to send home the Ethics and Anti-Corruption Commission’s (EACC) top officials, who are currently probing top State officers for alleged theft of public funds.

The decision, which was made at an acrimonious sitting in the House, saw 70 MPs vote for what they said was a “fresh start” at Integrity Centre.

That meant the Chief Executive Halakhe Waqo (above) and his deputy Michael Mubea had to be sent home. Only 39 MPs had wanted the top two administrators of the EACC to stay on. One MP abstained.

Though Waqo and Mubea will have to stay in acting capacity until the new commissioners – currently being recruited—pick their substantive choices for the jobs, the MPs’ decision knocks the wind out of President Kenyatta’s sails in the anti-corruption war.

The debate was taken over by regional politics, accusations of nepotism and tribalism, and a shade of payback by some MPs from Ukambani, who are still bitter with Matemu’s removal.

The MPs went after the secretariat less than two months after the three commissioners quit under pressure from the Government. Their exit followed acrimonious run-ins with the secretariat over the corruption claims and charges.

The secretariat has been the MPs’ target since March 26 when they sneaked to Uhuru a confidential dossier implicating five Cabinet secretaries, some principal secretaries, members of two parliamentary committees and nearly a dozen MPs over allegations of bribery, extortion, abuse of office and corruption.

The House corridors and offices were abuzz as the lawmakers lobbied their colleagues for numbers to either back or defeat the last-minute amendment to the EACC (amendment) Bill 2015 by Chris Wamalwa (Kiminini) to send Waqo and Mubea home.

The National Assembly dealt a blow to President Uhuru Kenyatta’s anti-graft efforts by kicking out top officials of the secretariat left to oversee high-level investigations after the commission chairman and his two deputies were sent packing. While the Executive was accused of hounding the three commissioners – Mr Mumo Matemu, Ms Irene Keino and Ms