Kenyan knocked down, killed on US highway just days after returning from Kenya 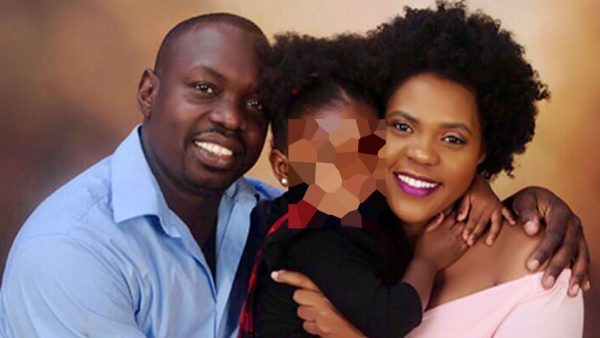 Allan Onucko (left) and his wife Everylne Nashipae with their daughter on December 20, 2018. PHOTO | COURTESY

Kenyan knocked down, killed on US highway just days after returning from Kenya

A Kenyan, who had just returned to the United States after visiting his family in Kenya during the holiday season, died early on Friday morning after being knocked down by an 18-wheeler truck.

The man, identified as Allan Onucko, 42, was in Kenya for five days in December to spend time with his parents, siblings, relatives and friends in Homabay county.

He left the county for the US on December 19th accompanied by his brother Gilbert Otieno, an advocate who runs his own law firm George Gilbert Advocates in Nairobi.

According to relatives and friends, the victim’s brother was visiting the US for the first time and was with him shortly before the accident happened.

Media reports in the US have quoted the police saying that dispatchers received a call from a person who said they believed they hit something.

About 15 minutes later, dispatchers received another call from another person saying they’d hit something.

Relatives said that Onucko, who was with his brother in the car, ran out of fuel on the interstate, and decided to walk to the gas station after calling for help but they could not immediately get diesel but only petrol.

He was knocked down 300 meters away and his brother only found out after waiting in vain and later calling 911.

According to a family source, the deceased moved to the USA in 2002 and has lived there for the last 16 years as a permanent resident.

He was running a tracking company and also doing car dealership.

The later Onucko was married and had a young daughter with his wife is expecting their second child in 4 weeks.

Kenyan knocked down, killed on US highway just days after returning from Kenya Reviewed by samrack on January 7, 2019 .

Share thisFacebookTwitterPinterestEmailWhatsAppAllan Onucko (left) and his wife Everylne Nashipae with their daughter on December 20, 2018. PHOTO | COURTESY Kenyan knocked down, killed on US highway just days after returning from Kenya The man was in Kenya for five days in December during which he spent time with relatives and friends A Kenyan, who had