Kenyan carves global niche with his prowess in French 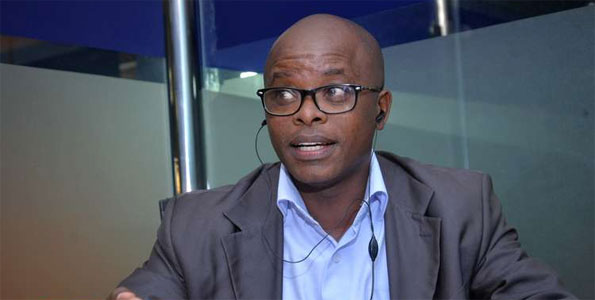 Kenyan carves global niche with his prowess in French

Weru Macharia got bored teaching English to French speakers during his seven-year sojourn in France and opted to return home to venture into private practice.

“Many people hardly believed a Kenyan could fluently speak and write French better than a Frenchman which saw many corporate companies and multinationals give me jobs after lacking a French- English speaker,” he observes.

The father of three and founder of Realtime Translators and Consultants Limited says many Kenyans were unable to understand why his company charged a minimum of Sh50,000 per day for an interpretation job or more depending on the task in hand.

His passion for French was first honed when he undertook a diploma course at the Nairobi-based French Cultural Centre intending to become a tour guide for French speaking tourists.

But his academic performance saw him earn admission at the Universite de Grenoble in the French Alps in 1997 where he pursued a degree and upon completion secured a job as a teacher of English, which he held for seven years before relocating to Britain for a Masters degree in International Relations.

“Knowing how to speak a language is not enough to qualify as an interpreter or translator.

“Kenya must safeguard its image among visiting dignitaries by ensuring all people hired to interpret deliberations and speeches at international meets are accomplished speakers of select languages,” he reiterates.

Upon return to Kenya, he was hired as a Press officer at the French Embassy and later worked with the International Organisation of Employers in Africa but quit to found his own company on releasing Kenya had an acute shortage of interpreters and translators.

While jobs for oral interpretation are plenty, Mr Macharia has been handling many translation jobs involving professional documents written by French doctors and lawyers, among others charged on a word-to-word basis.

“For every document, a French word costs Sh10 to translate into English but it is cheaper to translate English to French. It is totally different from translations done via Internet-based search engines which lead to loss of the intended meaning,” he says.

A new emerging revenue source is translation of medical and legal contracts written in French that require exact meaning to be brought out as one risks endangering a patient’s life or adversely harming a party in a contract that could be involving millions of shillings.

This mostly includes French companies bidding for local contracts that involve lawyers and investors. And Mr Macharia having perfected the trade earns himself between Sh300,000 and Sh400,000 a month.

The entrepreneur says Form Four leavers with foreign language certificates ought to undergo further training before being allowed to take up interpretation jobs.

He adds that some were unqualified to handle such tasks and ended up uttering insulting words or misleading non-English speaking meeting participants.

“It adversely affects Nairobi’s stature as a global brewing pot of all cultures and it is time our reputation became our business at all times so as to boost our dented image,” he adds.

Macharia’s diary is heavily booked for upcoming international meetings due to his prowess in the French language which he studied to degree level and also spent seven years teaching French children English as a subject at a secondary school in France.

Kenyan carves global niche with his prowess in French Reviewed by samrack on August 29, 2016 .

Share thisFacebookTwitterPinterestEmailWhatsAppFrench interpreter Weru Macharia during the interview in Nairobi. PHOTO | SALATON NJAU Kenyan carves global niche with his prowess in French Weru Macharia got bored teaching English to French speakers during his seven-year sojourn in France and opted to return home to venture into private practice. “Many people hardly believed a Kenyan could