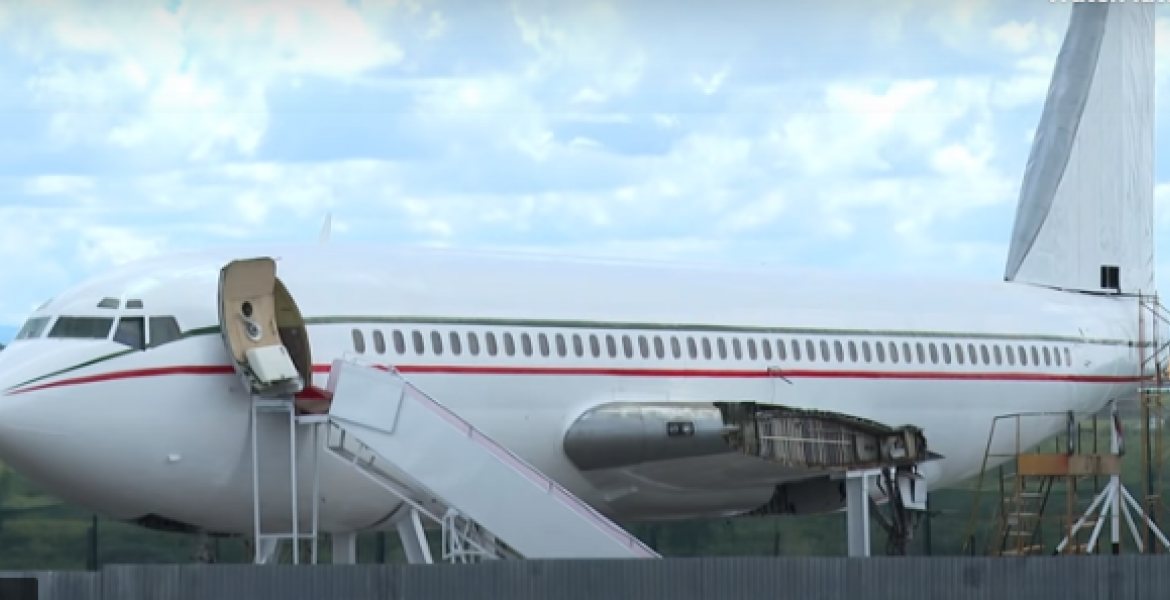 In April this year, Kenyans were left puzzled after photos of a fuselage of a Boeing aircraft being ferried on a truck to an undisclosed location went viral on social media.

It has now emerged that the fuselage, which had been abandoned at the Jomo Kenyatta International Airport (JKIA) for long, was acquired by a Kenyan businessman who is setting up a five-star nightclub and restaurant dubbed Club 034 in Kitengela.

Flash Mwatha, an engineer, said the plane is being modified into a restaurant/nightclub at a cost of between Sh6 million and Sh8 million.

“This is the cockpit and the engine has been removed. The plane will have a first-class and economy class. The cockpit will be for VVIPs,” he told K24 in an interview.

“In the kitchen area, we won’t change anything. We shall still use the same trollies that were used to serve while the plane was airborne,” he added.

The engineer said the restaurant will be able to accommodate about 100 guests and will operate like a real aircraft where tickets are booked online.

“In first-class, we are going to strip it top and bottom and decorate it with a 3D model. In the model, we shall set up clouds that create the atmosphere of a real flight.”

“We are also coming up with software whereby you can book tickets online and check on availability. All you have to do is show your ticket on entry and be ushered to your seat. When you check out, we also do so online so that someone else can reserve the seat,” he added.

“We shall put the airport lights outside and build a tower too. We shall also set a day for students and tourists to visit so that they can find out what a plane entails and feel the flight experience too. I don’t know when we shall launch it but we are optimistic,” he noted.

Kenyan Businessman Acquires Boeing Plane Abandoned at JKIA, Converts it into a 5-Star Nightclub [VIDEO] Reviewed by samrack on June 1, 2020 .

Share thisFacebookTwitterPinterestEmailWhatsAppKenyan Businessman Acquires BoeingPlane Abandoned at JKIA, Converts it into a5-Star Nightclub [VIDEO] In April this year, Kenyans were left puzzled after photos of a fuselage of a Boeing aircraft being ferried on a truck to an undisclosed location went viral on social media. It has now emerged that the fuselage, which had been