Kenya to Jail Bank Officials Guilty of Wrongdoing After Failures 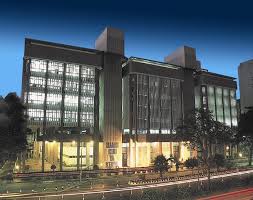 Kenya to Jail Bank Officials Guilty of Wrongdoing After Failures

“If people did the wrong things they should be held accountable,” Governor Patrick Njoroge said Thursday in an interview at the World Economic Forum in Kigali, the Rwandan capital. “We are going to take them to a court of law. Put them behind bars.”

Kenyan regulators have been forced to put three banks in receivership since August, when Dubai Bank Kenya Ltd., a closely held lender, breached daily cash-reserve-ratio requirements. Two months later, Imperial Bank Ltd. was closed down amid claims of fraud that company executives deny. In April, Chase Bank Kenya Ltd. was shut down following a run on deposits. It reopened less than three weeks later after KCB Group, the country’s biggest bank by assets, agreed to buy a controlling stake.

“It’s essential for people to understand that banking is not shop-keeping,” Njoroge said. “It’s not like a fruit seller on a corner. You get deposits from the population in trust. You have a fiduciary responsibility to discharge.”READ MORE

Kenya to Jail Bank Officials Guilty of Wrongdoing After Failures Reviewed by samrack on May 12, 2016 .