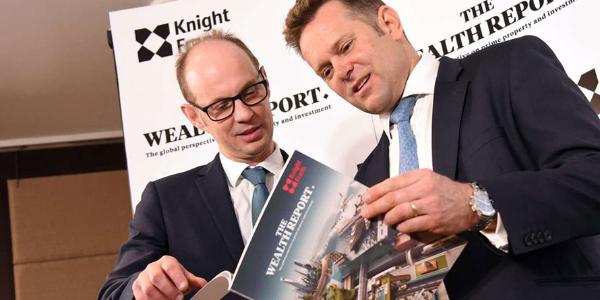 Kenya emerged the third most preferred real estate investment destination globally for the super-rich after the UK and the US in a study that also shows that nearly a quarter of Africa’s rich have property locally.

According to Knight Frank’s Attitudes Survey 24 per cent of Africa’s super rich own a property in Kenya, 33 and 67 per cent in the US and UK, respectively, making Kenya their top property destination in Africa.

“The fact that Kenya is the top African investment destination of choice for HNWIs on the continent speaks volumes about the strength and growth potential of our property market,” said Knight Frank Kenya managing director Ben Woodhams.

The investors were more drawn to office developments (39 per cent), residential and agricultural property (28 per cent), student accommodation and warehouses at 22 per cent, infrastructure (17 per cent), industrial (11 per cent) and healthcare and retirement housing (six per cent).

Continued interest in real estate market continued to grow despite the prices of prime residential property weakening by 0.9 per cent in 2017 after a similar experience in 2016 when they dropped by 2.1 per cent.

Mr Woodham’s, however, said the local prime residential market is slowly regaining its lustre after the fading of jitters relating to the last General Election.

“After the second [presidential] election we have noted an increased demand of prime residential properties. We have so far sold two properties worth over Sh203 million after the elections,” said Woodhams.

Kenya third most preferred property hub for super-rich Reviewed by samrack on March 13, 2018 .