Ethiopia’s Almaz Ayana, who took gold in the 10,000 meters earlier in the week, got off to a fast start in the 5,000 meter final Friday night as she looked to complete a double last achieved in 2008 by fellow Ethiopian Tirunesh Dibaba. But Ayana was unable to maintain the blistering pace she set at the start, and in the end Kenya’s Vivian Cheruiyot and Helen Obiri managed to take gold and silver, respectively. 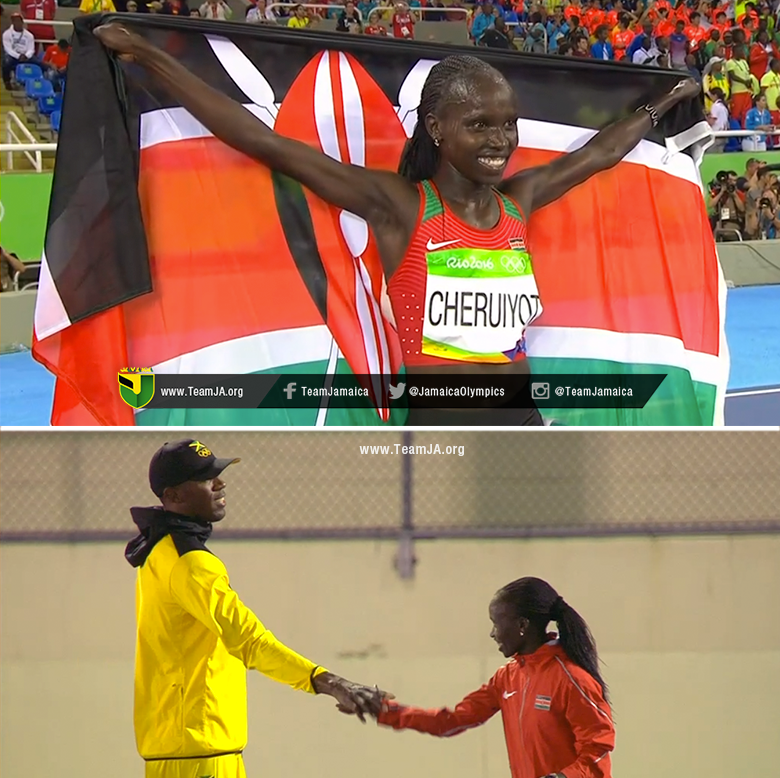 Vivian Cheruiyot of Kenya got well wishes from Usain Bolt moments before she WON Women’s 5000M in 14:26.17 new OR

American Shelby Houlihan finished 11th with a time of 15:08.89, and Abbey D’Agostino did not run after suffering a torn ACL during the qualifying heat. D’Agostino suffered the injury in a collision with New Zealand’s Nikki Hamblin, with both assisting each other in an attempt to continue the race. Hamblin did run in the final, although not at full strength, and she finished in 16:14.24.

Cheruiyot’s gold medal ends a streak of three straight Olympics in which an Ethiopian won this event. Prior to tonight Szabo was the last non-Ethiopian to win the women’s 5,000 meter race.

US Secretary of State John Kerry to visit Kenya Monday