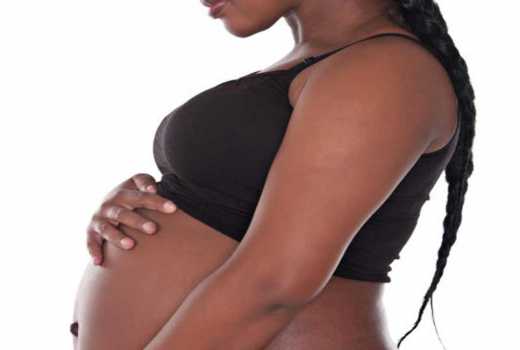 Hey, be warned! If you are expectant and check in for delivery over the weekend or after 5pm on a weekday, you are likely to die, warns a new report. A Ministry of Health report says the time and day a pregnant woman is rushed to hospital for delivery and booked in, is likely to determine whether she will live or die. According to the Confidential Enquiry into Maternal Deaths in Kenya report, 72 per cent of maternal deaths occurred during the weekend and weekdays after working hours. The report reveals that 43 per cent of mothers died after 5pm, 29 per cent died during the weekend while 26 per cent at 8am during the week. Sub-standard care of expectant mothers in government hospitals is to blame for majority of deaths according to the report. Few doctors available According to research, which investigated 489 of the 945 deaths reported in level four and five referral facilities in 2014, over 80 per cent died as a result of sub-standard care. Head of Reproductive and Maternal Health Service Unit Joel Gondi who presented the findings, said delays in starting treatment, being attended to by unqualified staff, and poor monitoring were leading causes of maternal deaths. “Forty nine per cent of women died due to sub-standard care while another 32 per cent received standard care but with probable outcome this means 88 per cent were offered inefficient care,” he said. Following the release of the report, the Ministry of Health has called on county governments to interrogate the quality of services in referral facilities they offer. Director of Medical services Jackson Kioko said the counties must do an audit and find out why poor treatment and delay in healthcare exists led to the deaths of so many women. “County Health Executives must investigate facility by facility and find out who is responsible, and if someone is found culpable then action must be taken,” he said. The report puts into sharp focus the standard of healthcare workers and the responsibility they bear in the maternal mortality rate. Pre eclampsia “Delay in starting treatment accounted for 33 per cent of the deaths, 28 per cent was due to inadequate clinical skills while 27 per cent were the most frequently identified health workforce-related factors,” he said. Meanwhile, cases of women who have died as a result of negligence continue to be reported. Jane Achieng’, 26, who died at a hospital in Mombasa after a caesarean section is sadly part of the grim statistics. According to her husband, despite the post birth complications she suffered, the medics discharged her. Achieng’ had to be readmitted after she bled profusely. Unfortunately, she died because she could not get the blood transfusion on time. It is also evident from the findings, lack of specialists is a major contributor to maternal deaths. Gondi said medical officers were involved in the management of 54 per cent of women who died while obstetricians were involved in the care of only 11 per cent of the cases. Additionally, shortage of staff has caused many a deaths in hospitals with counties like Wajir witnessing the death of 15 women while giving birth. Worth mention is the women who died during the nurses’ strike last year went to various private hospitals and others died while giving birth at home. Some of the direct causes of maternal deaths identified included bleeding accounting for half of all deaths. High blood pressure accounted for one out of five deaths while the rest was due to pregnancy-related infections.
Source: https://www.standardmedia.co.ke/

Kenya report shows women likely to die on weekend during delivery Reviewed by samrack on March 2, 2018 .

Kenya report shows women likely to die on weekend during delivery Hey, be warned! If you are expectant and check in for delivery over the weekend or after 5pm on a weekday, you are likely to die, warns a new report. A Ministry of Health report says the time and day a pregnant woman is