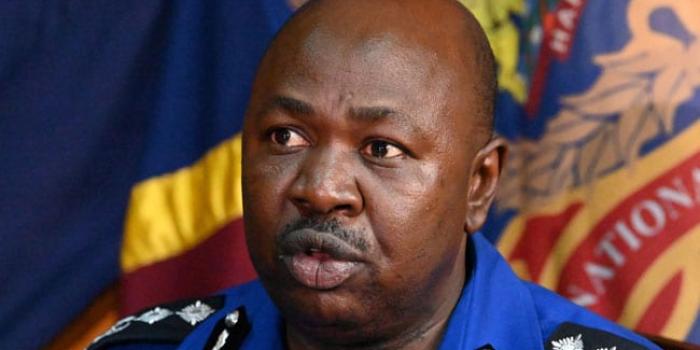 The Inspector-General of Police Hilary Mutyambai has transferred National Police spokesperson Charles Owino to the Kenya National Focal Point on Small Arms and Light Weapons (KNFP) in the latest changes.

According to the IG, Owino will serve as KNFP’s new Deputy Director.

KNFP is a committee that coordinates various ministries and departments of the government and deals with matters regarding weaponry.

Owino has served as the police’s spokesperson since 2015 to date. He previously held the position for a short stint in 2013.

He was renowned for being vocal on matters regarding the police service. Recently, he defended the police force who were accused of using excessive force to implement the Covid-19 directives issued by the government.

“Let us obey the law, maintain social distance. The reason why we have a curfew is to ensure that we manage this situation appropriately,” he stated during a past press briefing.

The news comes as Owino had declared interest in the Siaya Gubernatorial seat come 2022 General elections.

He seeks to secure the position on an ODM ticket and will likely battle Siaya Senator James Orengo, Ugunja MP Opiyo Wandayi, and Siaya Deputy Governor James Okumbe in the nominations phase.

He noted that his experience in the police service would give him a good chance of clinching the position.

“I never wanted to declare my political interest here today but because my father has reminded us, who am I not to show you direction.

“You are aware that next year people will declare interest in various positions and as a person who has worked in government, I will have clocked 50 years which allows me to resign,” said Owino.