Kenya not keen on leaving ICC, but in reforming it, says Foreign Affairs CS 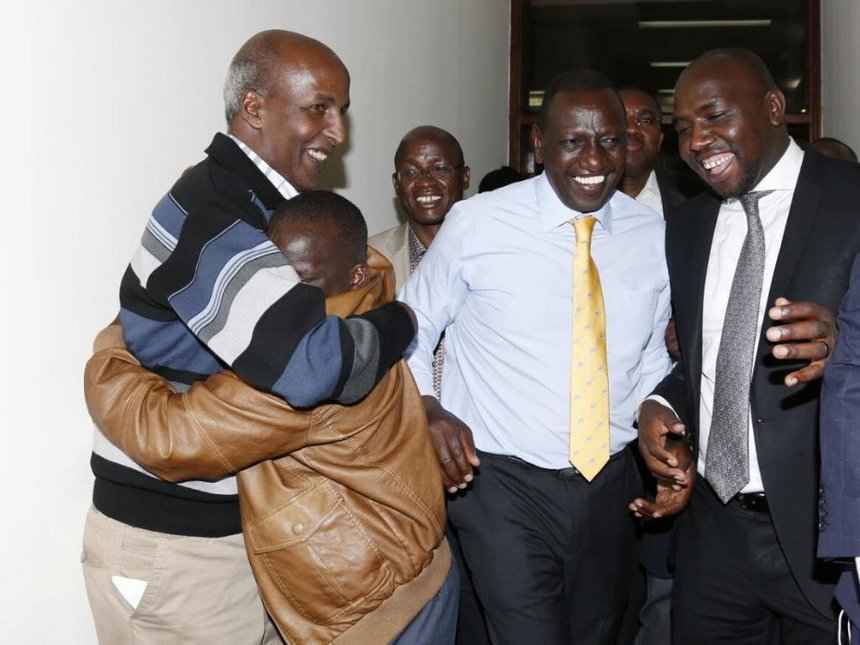 Kenya not keen on leaving ICC, but in reforming it, says Foreign Affairs CS

Kenya is working on a raft of amendments that could transform the International Criminal Court, Foreign Affairs CS Amina Mohammed has said.

Without revealing the specific amendments, she told the Star in Kigali yesterday that Kenya has been leading a group of African ministers drafting the amendments to be presented for adoption later this year.

She said Kenya is not keen on leaving the court but is rather interested in reforming it. “If that is not doable then it means we are being asked to leave and will have to make a decision on how to proceed,” she said.

Mohammed said Kenya is better placed to propose reforms to the court, having interacted with it very closely in the last six years. “After many years and having been so close to the court we are clear on the changes needed to make the court better,” she said.

The group has met twice and is due to meet in New York again next month to evaluate progress made by the technical team. The amendments will touch on the rules of procedure and the statute itself. Sources say apart from seeking to give heads of states immunity from prosecution, it is understood that Kenya also wants Article 16 on the deferral of cases and Article 70 – offences against administration of justice – amended. Set up in 2002 as the last resort to try war criminals and perpetrators of genocide never tried at home, Kenya has accused ICC of unfairly targeting Africans for prosecution.

The African Union Ministerial Committee on the ICC has resolved to continue with the push for mass withdrawal from the court. In a meeting in Addis Ababa last month, the ministers resolved that Africa will withdraw unless the court gives immunity to the sitting heads of state and government, as well as senior government officials.

They also demanded there should be recognition for primacy to African judicial mechanisms and AU decision-making organs over the ICC. The ministers also said there must be reduction of powers of the Prosecutor.

“Provisions of the African Union charter and constitutive act as well as the decisions of AU Assembly must be respected and take precedent over the Rome Statute and decisions of the any other organ,” the ministers said.

Kenya not keen on leaving ICC, but in reforming it, says Foreign Affairs CS Reviewed by samrack on May 13, 2016 .

Deputy President William Ruto and journalist Joshua Sang celebrate the collapse of their ICC cases at his Karen office on April 6 / CHARLES KIMANI/ DPPS Kenya not keen on leaving ICC, but in reforming it, says Foreign Affairs CS Kenya is working on a raft of amendments that could transform the International Criminal Court,