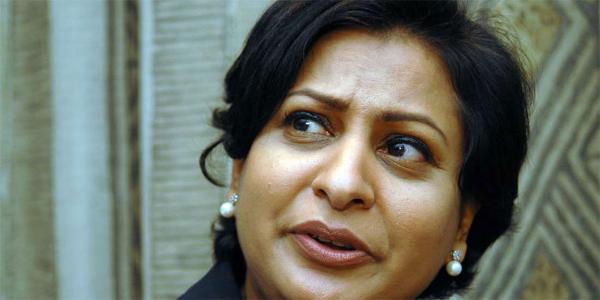 Kenya is likely to become the third African country to borrow from international markets this year to pay up her maturing debts after Egypt and Nigeria with offers expected to be as much as $3 billion (Sh303.8 billion).

A source at one of the four international lenders involved in advising Kenya in its bid to tap cash from international investors following a successful debut in June 2014, said the Eurobond will be floated before the end of next month.

The banks being involved in Kenya’s second Eurobond issue after the previous one raised serious accountability concerns from the Opposition and queries from Auditor-General Edward Ouko, are Standard Chartered, Citigroup, Standard Bank and JPMorgan Chase.

“Eurobond will be before end of Q1 (quarter one),” the source said, hinting at a possibility of early March issue, but declined to divulge further information as they are not authorised to speak publicly on the matter.

The Treasury officials remained tight-lipped over the details of the impending issue of the new Eurobond after $2.8 billion (Sh278.4 billion) was raised in debt issue between June and December 2014.

Kenya paid 5.9 and 6.9 per cent interest to creditors for five-year and 10-year tranches in the previous issue.

Proceeds from the new bond issue are expected to ease the pressure of mounting debt repayments, projected at Sh658.2 billion in the current year which ends in June and Sh1 trillion next fiscal year, on her sluggish revenue.

The country is expected to borrow between $1.5 billion (Sh151.9 billion) and $3 billion (Sh303.8 billion) to be repaid in 10 to 15 years, said sources familiar with the ongoing arrangements that gathered steam this week with a road show targeting investors in the US and UK.

Kenya will be following in the footsteps of Egypt which became the first country on the continent to tap the Eurobond markets this year, borrowing $4 billion (Sh405 billion) on February 13.

The most populous country in the Arab world will pay investors 6.6 per cent for 10-year debt instrument and 7.9 per cent for a 30-year tranche in an offering that received $12 billion (Sh1.2 trillion) bids from investors.

“We expect investors to be more discriminating about individual credit risk that’s posed by different countries,” Standard Chartered Bank’s chief economist for Africa Razia Khan said of the returns investors are likely to demand during her visit to Nairobi on January 24.

She added: “African countries that put in place best reforms will benefit from that. They will find it easier, other things being equal, to go to the markets again to borrow.”
Kenya’s credit worthiness – a measure used by investors to set interest rate – was slightly dented on Tuesday after US credit rating firm Moody’s downgraded the government’s score to B2 from B1, with a stable outlook.

Moody’s cited fast-accumulating debt which stood at Sh4.6 trillion last December and pressure to repay the maturing ones amid modest growth in revenue in assigning Nairobi a lower score, basically telling international investors that investing in government’s securities is speculative and subject to high credit risk.

A section of analysts have, however, said the downgrade was not likely to affect the appetite of international investors for Nairobi’s debt because Moody’s is not Kenya’s official credit rating agency.

The country’s official rating agencies, S&P and Fitch Ratings, have both retained Kenya’s credit score at B+, which implies possibility of a default but with some margins of safety.

“We opine the ongoing Eurobond roadshows will not be affected by Moody’s rating downgrade as the government’s official rating agencies are S&P and Fitch Ratings,” analysts at Genghis Capital said in an investor’s note this week.

Investment decision in Kenya’s second Eurobond, analysts have said, will be boosted by waning political tension, expected acceleration in economic growth to more than five per cent from an estimated 4.8 per cent last year and likely removal of caps on loan charges, which will boost private sector investments.

Share thisFacebookTwitterPinterestEmailWhatsAppKenya may issue new Eurobond ‘next month’ to settle big debts Kenya is likely to become the third African country to borrow from international markets this year to pay up her maturing debts after Egypt and Nigeria with offers expected to be as much as $3 billion (Sh303.8 billion). A source at one of