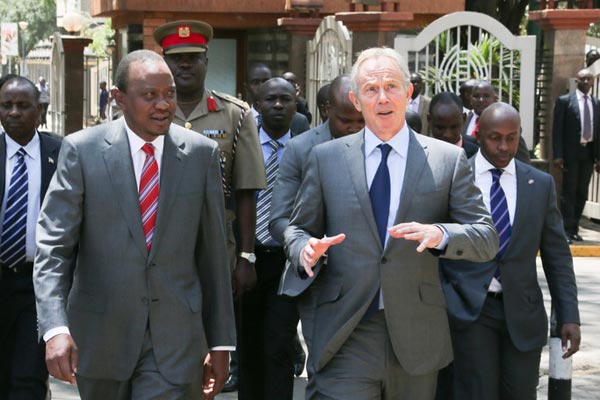 The Kenyan government has hired an influential Washington lobbying firm to advocate for the country’s interests with US policymakers and to improve Kenya’s image.

The contract between the Ministry of Foreign Affairs and the Podesta Group took effect on February 3.

Under its terms, Kenya will pay Podesta $30,000 (Sh2.7 million) a month — plus expenses for business-class travel and accommodation —  through early May.

The agreement will then be extended at the same rate until May 2016 unless the parties decide to terminate it.

Kenya’s top objective in retaining the Podesta Group is to “assist the national airline to get direct landing rights in the US”, Kenya’s Ambassador to Washington Robinson Njeru Githae said in an interview on Friday.

For at least the past seven years, Kenya has been trying to persuade the US government aviation authorities to allow direct flights between the two countries.

The US has cited security concerns in withholding clearance for the link, which, Mr Githae noted, could not only increase American tourism to Kenya but also enable Kenyan growers to ship flowers to the US market.

The Podesta Group can be of assistance in Kenya’s longstanding efforts to persuade the US to modify or rescind travel advisories, the ambassador added.

WOULD NOT COST A CENT

This came as President Uhuru Kenyatta’s spokesman on Saturday urged Kenyans no to read too much into the “partnership” between the country’s Presidential Delivery Unit (PDU) and former British Prime Minister Tony Blair.

Mr Blair was in Nairobi when the partnership with his Africa Governance Initiative (AGI) was made public.

Since he left Number 10 Downing Street after a decade as Prime Minister, Mr Blair has been advising various governments, mostly repressive regimes.

In January last year, it was reported that he sometimes earned as much as £250,000 (Sh35 million) for a single event that included private speeches and appearances.

But State House spokesman Manoah Esipisu told the Sunday Nation that the “partnership” between Kenya and Mr Blair’s AGI would not cost a cent.

“Mr Blair is not advising the government. It is a partnership between the Africa Governance Initiative and the Presidential Delivery Unit. We are not paying anything. Instead we are getting more in return,” Mr Esipisu said.

Following President Kenyatta’s public appearance with Mr Blair on Friday in Nairobi, the Telegraph newspaper in the UK run a story quoting a spokesman for AGI confirming there were talks to place advisors in the Jubilee government.

But Mr Esipisu says the so-called advisors were just partnering the government to help it deliver in its key priority areas, at no cost.

“AGI has helped quite a lot of African governments. Certainly, AGI is not a peasant organisation. It is well funded and they are partnering with the Presidential Delivery Unity at no cost to the Kenyan taxpayer,” said Mr Esipisu.

In January, a report by the Corporate Europe Observatory, Spin doctors to the autocrats: how European PR firms whitewash repressive regimes listed Mr Blair, ex-Italian Prime Minister and former President of the European Commission Romano Prodi and former German Chancellor Gerhard Schröder among the leading lobbyists on offer for such governments.

It mentioned Kenya alongside repressive regimes that sought to influence ties with Europe.

But Mr Esipisu said the report thrives on innuendo and has nothing to do with Jubilee, despite Mr Kenyatta being mentioned as having hired British firm BTP Advisers for his campaigns.

In the US, the lobbyists will be expected to assist the government’s “quiet diplomacy” with the White House, State Department and US Congress, the Kenyan ambassador said.

This means “not shouting in the newspapers and on TV” when there were issues, Mr Githae said.

Instead, Podesta can facilitate private discussions on policy differences.

The lobbying contract will enhance Kenya’s ability to counter negative impressions among Americans that may be based on faulty assumptions, the envoy suggested.

The ambassador cited the example of a US business figure asserting in a recent conversation with him that Kenya does not have a free press.

Renewal of the Africa Growth and Opportunity Act, a trade programme that gives duty-free access to the US market and that is set to expire in September, is another of the objectives Kenya hopes to achieve with the aid of the Podesta Group.

The Podesta Group was chosen from among eight lobbying firms that the Kenyan government had considered retaining in Washington, Mr Githae said.

Kenya had previously been represented in the US by CLS Strategies and the Moffett Group.

Missi Tessier, the chief of the Podesta Group’s public relations practice, declined to specify the lobbying activities to be conducted on behalf of Kenya.

“Our firm’s policy is to refer any inquiries about further information to our client,” Ms Tessier wrote in an email message on Friday in response to a Sunday Nation query.

Kenya hires US firm to influence policy Reviewed by samrack on February 15, 2015 .

Share thisFacebookTwitterPinterestEmailWhatsAppPresident Uhuru Kenyatta with former British PM Tony Blair at Harambee House, Nairobi. PHOTO | PSCU  By KEVIN J. KELLEY By WALTER MENYA The Kenyan government has hired an influential Washington lobbying firm to advocate for the country’s interests with US policymakers and to improve Kenya’s image. The contract between the Ministry of Foreign