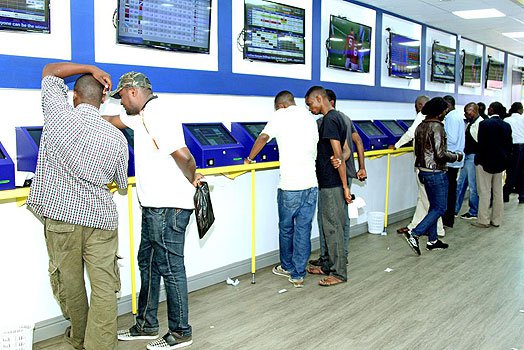 The GeoPoll rapid survey established that more than half (54 per cent) of youth in the in the region have tried their hand at gambling with Kenya having the highest number of betters at 76 per cent.

It is followed by Uganda at 57 per cent with Ghana having the least number at 42 per cent.

The survey also shows that Kenyans spend the highest amount of money in gambling. The frequency of gambling is highest among Kenyans compared to other African countries in the survey.

The survey was carried out in March this year among 3,879 youth in Kenya, Uganda, South Africa, Ghana, Nigeria and Tanzania using the GeoPoll mobile App.

It shows that gambling is fast becoming popular among male millennials in sub Saharan Africa due to their high affinity towards sports and the proliferation of local sports betting players.

Sports betting is the most preferred. Among the most popular gambling options, football betting reigns in all countries except in South Africa. The survey shows that 79 per cent of Kenyan betters prefer football matches.

In addition, the mobile phone has emerged as the most convenient tool for those gambling.

Seventy-five per cent of those who bet in the region do so using mobile phones with Kenya having the highest number of mobile usage for gambling at 96 per cent.

Interestingly, South Africa, though having the highest rate of mobile penetration in Africa, has the lowest usage of the mobile for gambling at 48 per cent.

The report comes just a day after Treasury Secretary Henry Rotich proposed a tax increase from seven per cent to 50 per cent on all proceeds of gambling.

The Treasury CS said taxes from proceeds of gambling will go to the development of arts and culture.

Kenya has the highest number of betting youth in Sub-Saharan Africa, a new research has shown.

Football fans take part in live match betting. PHOTO | FILE KENYA HAS HIGHEST NUMBER OF BETTING YOUTH, NEW SURVEY SHOWS The GeoPoll rapid survey established that more than half (54 per cent) of youth in the in the region have tried their hand at gambling with Kenya having the highest number of betters at