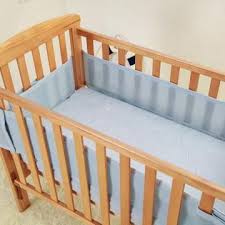 Rogue churches in Kenya are delivering trafficked babies to infertile women, a Kenyan nun who rescues stolen children said, as the United States condemned government officials for complicity in the trade.

Jane Joan Kimathi has seen desperate women with fertility problems paraded in front of praying congregations in Kenya, only to return nine months later with a baby in their arms, although she declined to name the institutions involved.

“Churches prey on the frailties of their congregation while pretending to offer miracle babies to couples who have had problems conceiving,” said Kimathi, 44, who lives in a quiet convent in Karen, a leafy suburb of Kenya’s capital Nairobi.

Kimathi has been rescuing and reintegrating trafficking victims for more than a decade through her Catholic order, The Congregation of Our Lady of Charity of the Good Shepherd.

Kenya is a source, transit and destination country for men, women and children subjected to forced labour and sex trafficking, the U.S. Department of State’s 2017 Trafficking in Persons (TIP) report said on Tuesday.

“Corruption remained endemic at all levels of government, and traffickers were able to fraudulently obtain identity documents from complicit officials,” it said, with children from across the region being trafficked in Kenya for sex and labour.

A government hotline received almost 1,200 reports of child trafficking in 2016, it said.

Little action has been taken since 2004 when Kenyan preacher Gilbert Deya, who is fighting extradition from Britain, was exposed for delivering trafficked “miracle babies” to infertile women, Kimathi said.

Women who believed they were pregnant after being given herbs travelled to Kenya from Britain to “deliver” with Deya’s wife, who was jailed for stealing a baby in 2005 from a Nairobi hospital.

Clinics in Nairobi slums continue to sell babies, whose mothers are told their infants died during delivery, for thousands of dollars, local media report.

“The odds seem stacked against humanity,” said Kimathi. “No one speaks. The leaders do not condemn it.”

A government spokesman declined to comment while the attorney general’s office shared a speech in which he said the government was working to educate officials about trafficking.

Kimathi’s church has rescued almost 3,000 Kenyan children who were sold into slavery for domestic labour, sex work and begging over the last decade.

“It is fulfilling to know you are helping someone into a better life,” said Kimathi, who spent seven years working in refugee camps in Ivory Coast before focusing on trafficking.

“(But it is also) heartbreaking because we do not get to save everybody.”

Her church provides safe houses and counselling to survivors, helps them set up businesses and, where possible, reunites them with their families.

Most of the girls she rescues are domestic workers to close relatives who have promised to send them to school.

Others are sold as “sex slaves to men their fathers’ age” or for “ritual cleansing by men who believe that sex with an underage girl is a cure for HIV”, she said.

One 15-year-old girl she rescued from Kenya’s coast, where sex tourism is rife, had been “married” to four men, after her uncle took her away from home, promising to send her to school.

While the government provides some support to children, services for trafficked adults are “negligible”, the TIP report said, with charities often funding their repatriation to Kenya.

Kimathi often goes to Nairobi airport to meet trafficked women being deported home, after a tip off from sister churches in Germany and The Netherlands.

The greatest challenge, she said, is rescuing women from the Middle East, where many are abused as domestic workers despite the government’s assignment in 2016 of labour attaches to its Saudi Arabian and Qatari missions to help them.