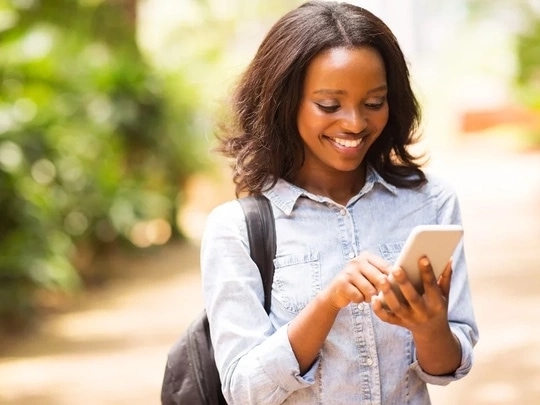 Kenyans appetite for internet use has surpassed that of Nigerians

Use of smartphones and entry of new mobile brands was the main factor in the increased trend – The increase in mobile phones in the country also saw online shop Jumia increase its sales Smartphones penetrating the Kenyan market was the main reason Kenya topped globally in share of internet traffic coming from mobile phones beating Nigeria, which was at the top in 2017. A detailed report by online shop , Jumia Mobile Week White Paper – 2018, showed that Kenya was leading at 83 per cent with Nigeria coming in second at 81 per cent factored by the entry of aggressive firms. Send ‘NEWS’ to 40227 to receive all the important breaking news as it happens “Global mobile internet traffic as of the fourth quarter of 2017 is up 11.65% year on year and currently stands at 51.12% of global web traffic originating from smartphones. Kenya is the global leader in share of internet traffic coming from mobile (overtaking Nigeria in 2017), at 83%,” Jumia Kenya said in the report.

Some of the new firms in the Kenyan market include, Transsion Holdings whose brands are Tecno Mobile, Itel and infinix. According to the report, Transsion held the top spot during the fourth quarter of 2017 as the biggest smartphone and feature phone vendor in Kenya. Whilst Tecno and Infinix dominate the smartphone segment, Tenco and Itel lead the feature phone segment. Samsung has a 17% market share by volume driven by its economically priced J-series. READ ALSO: Uhuru flies out of the country days after landing from Cuba The report also indicated over 250,000 smartphones were sold on Jumia Kenya in 2017, a 25% increase compared to 2016. “Reflecting the same trend, Jumia Kenya for the first time ever in 2018, has seen more orders coming from mobile devices (mobile web and app) than desktop,” said the online marketer. “The majority of traffic to the website continues to come from mobile devices (mobile web + app), but historically conversion rates were lower than on desktops,” addedJumia Kenya.