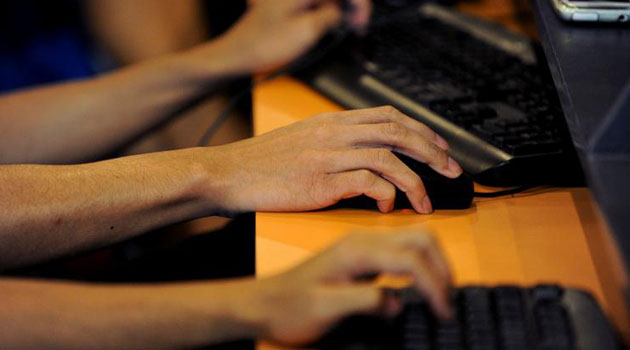 The Kenya Film Classification Board has ordered for an immediate ban of the Blue Whale Challenge which is said to be responsible for hundreds of teen suicide cases in the world, including one here in Kenya.

The ban comes after a 16 year-old-boy in Kamukunji committed suicide after successfully going through all the 50 stages of the killer game.

KFCB Chairperson Ezekiel Mutua says the game should be withdrawn from all social media sites in Kenya and has directed all Internet providers in the country to ensure it is not available.

The board has also written to Facebook and Twitter and all other platforms where the game is available asking them to disable it.

“We have also written Google and asked them to be on high alert on the game on YouTube and other platforms managed by the Internet company,” he said.

Mutua has urged parents to be vigilant and closely monitor the social media sites their children are accessing.

Some of the games run by the administrators according to the board include ‘A Silent House’, ‘A Sea of Whale’ and ‘Wake Me Up at 2.40am’ among other social media versions.

“It is disturbing that the main target of these games are children, who are vulnerable on the account of their limited level of Internet connectivity is high susceptibility to peer pressure,” Mutua regretted.

According to the board, the ‘Blue Whale Challenge’ requires a participant who has gone through all the challenges to commit suicide in order to regarded as an ultimate winner.

Meanwhile, he says they will be liaising with the Communications Authority of Kenya to find ways of blocking access to suspicious online gaming applications that pose danger to children locally under the Children Online Protection (COP).

Under this initiative, Internet Service Providers will be expected to block access to such sites.

A spot check by Capital FM News has established that the application has millions of subscribers across the world, all of whom have mixed reactions about it.

Here are some of the sentiments as raised in their engaging platform;

One of the people identified themselves as Concerns- Vineczza Style and wrote, “Don’t tell me this is the suicide game people are talking about? It scares me! ”

But another person who seems to be an administrator responds, “Not at all, it is about giving life! It is not about any violence at all!”

Another says the application promotes, “positivity and self-love, this would be a good app for someone struggling through a rough patch but other than that, the app is ok.”

But Faaltu Aadmi appears to ‘like’ it; “This App rocks!! My 4 cousins committed suicide after playing this App…what a game? To reduce the population on earth… support it.”

The administrator, however, responds that “The app does not have any kind of violence, we always support life.”

According to international reports, about 130 teenagers have committed suicide after playing the game in Russia.

Police in the United Kingdom are on record cautioning parents against the game.