The shock resignation brings to an end his turbulent reign at the authority which began in July 2016.

Mr Anderson told KAA workers in a memo seen by the Business Daily on Friday that he would quit his position in the next one month, citing “personal reasons.”

‘I would like to take this opportunity to inform you that I have taken the decision not to pursue the decision of renewal my contract with KAA. This is after deep reflection and consolation with my family.

“I will be proceeding on leave on September 30, with my tenure ending on November 21, 2019. I will take fond memories of the authority, colleagues, and the incredible journey with me in my heart,” Mr Anderson said. 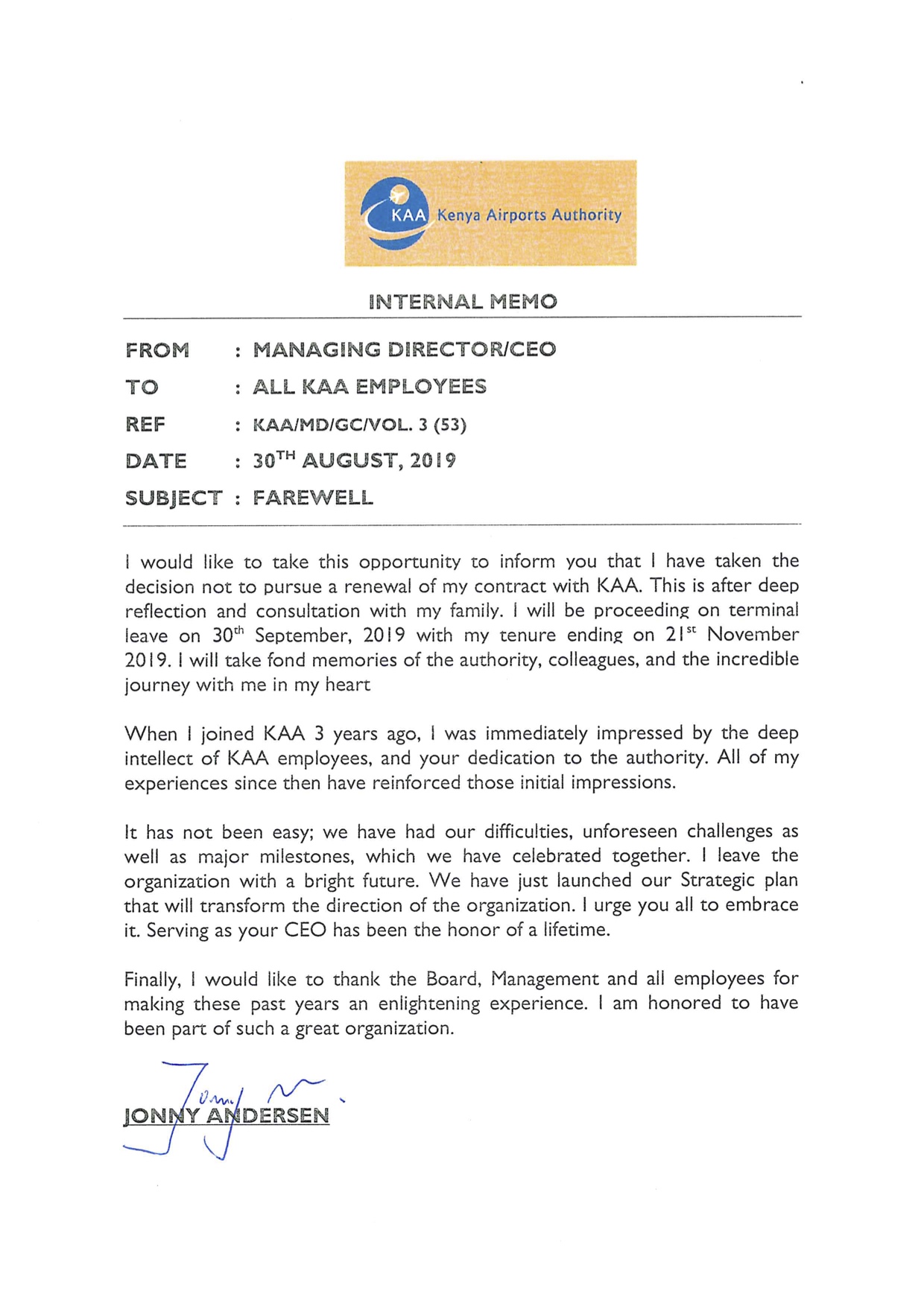 Kenya Airways is also  seeking to replace Mikosz who leaves the firm in December. Sebastian Mikosz issued a resignation letter in May citing personal reasons for his resignation.

According to the board chairman, it is high time the firm starts the replacement process before the December deadline when the CEO seat will be vacant. The board will come up with a decision soon and announce the recruitment criteria.

Sebastian Mikosz’s tenure was to end in June 2020. Under his tenure, KQ launched direct flights to New York, Mauritius, Libreville, and Mogadishu leading to revenue growth of 12 percent to KSh58 billion. In addition, he oversaw a plan where banks converted their debt into equity.