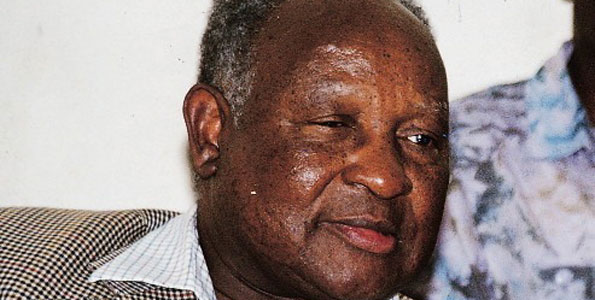 According to a petition he has handed to the State Law office, his detention and the effects he suffered cost him Sh5.7 billion, while his medical expenses stand at Sh9.1 million.

The petition has been amended three times and also puts the cost of repairing the Safari Beach Hotel at Sh348 million. It is the only hotel being currently run by the family at Diani, Kwale County. All these bring the total amount he is seeking as special damages to Sh6.04 billion.

“When you include the general damages, the exemplary damages, aggravated damages and costs and interests on the final claim, the damages are likely to double or even treble depending on the judgement,” said a source close to the Matiba family.

Mr Matiba unsuccessfully vied for the presidency in 1992 and 2007. He is represented by Nairobi lawyer John M. Mburu, of J.M. Mburu and Company Advocates, who declined to comment.
“My clients do not wish the case to be given publicity. I cannot go against their instructions,” Mr Mburu told the Nation in an SMS.

Due to a stroke he suffered while in detention, the previously robust personality — who climbed Mt Kenya several times and even went on an expedition to Mr Everest — has been in poor health and unable to run his business affairs. 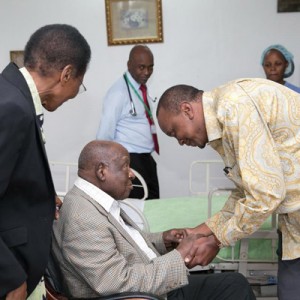 Mr Matiba is also seeking a declaration that his fundamental rights and freedoms were violated through unlawful arrest, detention, torture, inhuman and degrading treatment by the Moi regime. He also wants compensation and costs by the government for the violations.

According to the petition amended on March 26, Mr Matiba and another politician, Mr Charles Rubia, had called a press conference on May 3, 1990 in Nairobi to demand that Kenya should revert to being a multi-party state.

They also called for the dissolution of Parliament to pave the way for fresh elections, an end to the mismanagement of public affairs and the implementation of better socio-economic policies which could only be achieved by opening up the democratic space to pave the way for multi-party democracy.

“There was a chorus of condemnations, lies and threats against and vilification of the two leaders by Kanu stalwarts who included among others politicians of various shades, technocrats and civilians who were sympathetic to the government of the day and the then President Daniel Toroitich arap Moi,” the petition says.

Despite the condemnations and vilifications, the petition says, Mr Matiba and Mr Rubia sought a licence from the government to convene a public rally on July 7, 1990, to educate Kenyans on the merits of multi-partism.

The constant harassment of the two and their families that followed in the wake of their demand are highlighted at length in the petition, including an attempt to arrest them as they left their lawyer’s office.

On June 15 that year, the petition says, there was an attack at his Limuru home during which his wife and daughter were injured.

Mr Matiba was arrested on July 4, four days ahead of the Saba Saba rally he had called, and taken to Lang’ata Police Station where he was served with his detention orders. His detention was to last a year. After being moved to various prisons, he was released on June 9, 1991, while still at a hospital where he was being treated.

In detention, the petition says, Mr Matiba slept on the floor for long periods before he was eventually provided with a mattress.

Every six weeks, he would be taken to Wilson Airport where he would meet his family in a hangar in the presence of security officers and prison warders. After the meetings, he would be flown back to detention.

“This was meant to and did cause him severe trauma. Eventually, the visits were stopped altogether and did not resume until he was hospitalised after he had fallen severely ill,” the petition reveals.
It enumerates how he was deprived of basic amenities like receiving or sending letters, listening to the radio and watching television. Even prison warders were instructed not to talk to him while he was in isolation.

“The purpose of these deprivations and treatment was to cause him psychological torture by denying him information on the well-being of his family and his business, knowledge of current affairs and events, entertainment and causing him severe loneliness,” the petition says.

He was in solitary confinement for five months but was once kept in cell near condemned prisoners block where the only thing he could hear were their shouts and screams, all of which caused him anguish.

Although he suffered some mild form of high blood pressure before detention, which he controlled through exercise and treatment, lack of medical care and continuous harassment made his health condition to deteriorate and on June 4, 1991, he was informed that he had suffered a stroke.

“The petitioner believes that the prison authorities administered poison to his food, thus aggravating his condition and leading to the said illness,” the petition says.
Today, the former presidential candidate is confined to a wheelchair.
He still believes that President Moi robbed him of his victory in the 1992 election.

Ailing multi-party campaigner Kenneth Matiba intends to sue the government for detention and torture during the Moi regime, seeking nearly Sh12 billion in compensation. According to a petition he has handed to the State Law office, his detention and the effects he suffered cost him Sh5.7 billion, while his medical expenses stand at Sh9.1 million.