KCB ahead of Equity in six months profit race 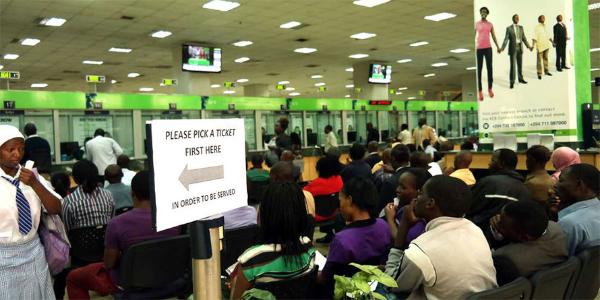 KCB ahead of Equity in six months profit race

KCB #ticker:KCB has raced ahead of Equity Bank #ticker:EQTY in the contest for Kenya’s most profitable bank as at the half-year mark.

Both banks, Kenya’s two biggest by profit and assets size, Thursday announced their six-month performance, which showed Equity had lost its first-quarter market leader position to its top rival KCB.

KCB’s performance was driven by a 3.57 per cent loan book growth to Sh421.4 billion, which raised total interest income 6.1 per cent to Sh32.2 billion.

The lender also got a boost from lower provisions for bad debts, a drop in overall costs and increased earnings from loans.

KCB’s loan loss provision of Sh827.6 million was a 58.8 per cent drop from Sh2 billion in the same period last year, despite a 13.17 per cent surge in gross defaults to Sh37.6 billion.

Non-interest income remained flat at Sh11.47 billion in the period from Sh11.48 billion a year earlier.

Joshua Oigara, the KCB chief executive, gave a positive projection for the full year, which he pegged on expected improvement in economic conditions.
The lender announced an interim dividend of Sh1 per share, same as last year.

“We foresee strong growth on an improved macroeconomic environment, especially in Kenya and expect improved investor confidence in South Sudan on the back of the newly signed peace agreement,” said Mr Oigara.

KCB also announced it would complete take-over of Imperial Bank by the end of next month.

Equity’s jump in net income for the six-month period was largely helped by reduced provisions for bad loans and a modest rise in interest income.
The lender’s loan loss provisions dropped by 57.67 per cent to Sh787.39 million from Sh1.86 billion in the first half of last year.

“This performance is a reflection of diversification of our revenue sources,” managing director James Mwangi told an investor briefing at the bank’s headquarters in Upper Hill, Nairobi.

This was on the back of a 3.75 per cent year-on-year rise in loans to customers to Sh275.04 billion, reflecting the impact of the September 2016 legal ceilings on cost of loans that saw lenders cut back on non-secured loans to households and micro enterprises.

Total non-performing loans increased to Sh21.39 billion in June from Sh17.50 billion a year earlier and Sh15.51 billion last December, driven by large firms which accounted for 17 per cent of the defaults and micro-enterprises with 14.9 per cent share.

KCB and Equity join other tier one lenders that have reported increases in profits.

Co-operative Bank of Kenya #ticker:COOP announced a 7.57 per cent rise in net profit in the half year ended June, buoyed by increased interest income.

Co-op Bank’s net profit stood at Sh7.14 billion in the period compared to Sh6.63 billion the year before.

Stanbic Holdings’ after-tax profit more than doubled (104 per cent) to Sh3.55 billion in the half year ended June, boosted by improved performance in its banking business.

“The banks continue to thrive on investing in government bonds because essentially the end product of interest rate cap is the government has one way or another excluded the private sector,” Mr Mwangi said.

“The yield on government stocks is higher than the yield on loans. It’s only logic that makes good business sense.”

KCB ahead of Equity in six months profit race Reviewed by samrack on August 18, 2018 .

Customers in a KCB banking hall. FILE PHOTO | NMG  KCB ahead of Equity in six months profit race KCB #ticker:KCB has raced ahead of Equity Bank #ticker:EQTY in the contest for Kenya’s most profitable bank as at the half-year mark. Both banks, Kenya’s two biggest by profit and assets size, Thursday announced their six-month