Karume led the billionaires club who, despite deep pockets, had short hands 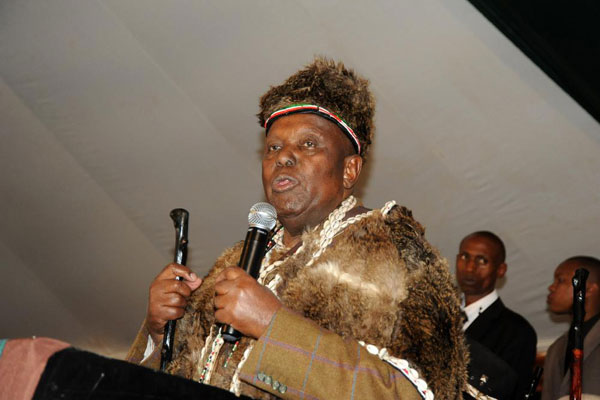 Karume led the billionaires club who, despite deep pockets, had short hands

Njenga Karume was a wealthy man. Younger generation of Kenyans would say alikuwa nazo (he had money)

At the time of his death five years ago, his wealth portfolio was estimated to be Sh40 billion.

It included a chain of high-end hotels, real estate, coffee and tea plantations, manufacturing, shares in blue-chip companies – and whatever else we don’t know.

But, on meeting him, you wouldn’t know he was sitting on such a mountain of money.

One, he was so down to earth. When with him, he made sure you felt you were his “equal”.

He would stand to shake your hand; call you by your first name and ask how your family was among other kind gestures.

He was a bean counter as well – hard to part with a coin, let alone a banknote.

One of my many one-on-one meetings with him was on a Saturday at his Cianda House building on Nairobi’s Koinange Street.

He was such a charming old man that he would get me to do things for him free of charge when I should have asked for a consultancy fee.

On that day he wanted me to go through a press statement he wanted to issue before he released it to the media.

I read the statement and made the necessary amendments only for his secretary to alert him that the office printer and photocopier had broken down.

“How much will it cost to print and make six copies?” he asked the secretary.

“Ten shillings printing and Sh2 for each photocopy”.

“That’s Sh20”, the old man said as he pulled the upper drawer of his desk and counted coins amounting to exactly that.

At another occasion immediately he was appointed Cabinet minister in President Mwai Kibaki’s government, Mr Karume called me because he wanted to rebut some information attributed to him in the media.

I dragged along my friend and colleague, Mr Murithi Mutiga, to meet him at his Village Inn Hotel on Kiambu Road.

As was his habit, he began by engaging Mr Mutiga on “village talk”, naming places and people about Mutiga’s home.

(The problem with Mutiga’s generation is that they only go to the village when there is a wedding or a burial and return to Nairobi the same day!)

Meanwhile, Mr Karume asked the chef to bring us mutura. The waiter came back with three pieces of the mutura.

“I asked for one not three”, the old man told the chef. “Take back two and cut one into pieces for us to share.”

At another occasion, I met the old man at his office in Kiambu town. It happened that Mr Karume, then Kiambaa MP, had an arrangement with his constituents that if a bereaved family was unable to afford burial expenses, he would chip in.

On that day, his aide brought a request from a family that wanted to be assisted in buying a coffin, a cross, and wreaths to send off their departed kin.

On looking at the budget, Mr Karume told his aide: “You well know we only give money for the coffin. Just give them money for that and nothing else.”

Yet at another occasion, at Mr Karume’s Kentmere Country Club on Limuru Road, I happened to sit with him, my friend Samuel Gichuru – then Kenya Power company chief executive – and an old rich man from Embu whose name I don’t recall.

I was taking a Tusker Malt beer as the others took some expensive stuff whose names I don’t remember.

From the corner of my eye, I could see the waiter showing the bill to Mr Karume every time we got another round of drinks.

The old man wanted to be kept informed about how much damage we were doing to his pocket.

Many will recall a press photograph taken of him in torn socks.

When the picture appeared, he quipped to the press: “Even you journalists have at least one torn piece of item in your wardrobes!”

To him, you only bought a new piece of clothing if it was a must, not just to fill the wardrobe.

At another occasion, Mr Michuki found journalists having a drink at his world-class Windsor Golf Club in Kiambu.

“You journalists must be some of the best paid people. You even afford to drink during working hours!”

As a rule, most of the Karume/Michuki generation would never touch liquor before 6 pm and would be home by 9 pm to watch the prime-time news.

The team captain in the bean counters club would be the first President Mzee Jomo Kenyatta.

Though he is the man who gave us the call Harambee (pull together), he never personally presided over any fundraiser, and Sh3,000 was the largest personal donation he ever gave.

His nephew, politician Ngengi Muigai, has told me of the fundraiser where Mzee Kenyatta did his very “best”.

It was a Harambee in aid of what is today the main campus of the Jomo Kenyatta University of Technology (JKUT) on Thika Road.

With the President set to be the guest of honour, Mr Muigai went out of his way to solicit donations from friends and came up with Sh100,000, which he took to Mzee Kenyatta at State House in Mombasa.

On opening the briefcase that contained the money (the largest denomination at the time was Sh100, so the money was in 100 bundles of Sh1,000 each), Mzee Kenyatta reportedly exclaimed in shock:

“Young man, which bank have you robbed?”

“Not any, Mzee”, Mr Muigai replied, “This is the money I have collected from your friends for you to present at the Harambee.”

“Look here young man”, Mzee told him, “If I go there and say this is money from my friends, how will those who have not given you donations take it? I am their enemy?”

“You will give the money to Mama Ngina. She is the one to represent me at the fundraiser and will say the money is from herself and her friends. Let people figure out who her friends are.”

Meanwhile, Mr Muigai told me, Mzee Kenyatta removed from his pocket an envelope and rather painfully counted 30 Sh100 notes.

“Add this to what you have in the briefcase and give it all to Mama Ngina. I will tell her not to mention my name anywhere.”

Yet another one with deep pockets but short hands was Mr Mbiyu Koinange, a cabinet minister in Mzee Kenyatta’s government.

A former Coast Provincial Commissioner, the late Eliud Mahihu, told me that Mr Koinange would wear one pair of shoes until it was worn out to the last stitch.

When asked about it, the powerful minister, the first Kenyan to get a university degree in 1938, would get philosophical: “I have never understood why one would need more than one pair of shoes when they have only one pair of legs!”

Disclosure: Though he became wealthy because he happened to be at the right place in the right time, Mr Karume was a hard working man.

In his old age, he once gave me an appointment for 6.30 in the morning. I arrived three minutes late.

He could also smell a good business venture from far and, as novelist Mario Puzo would put it, follow the money.

Though stingy, he valued and rewarded friendship. One Christmas I got an unsolicited call from his secretary: “Kamau, Mzee has dropped a Christmas card for you. When can you pick it up?”

When I opened the card, there was a cheque inside. I immediately called the secretary to confirm this was not a mistake.

The secretary asked me to read out for her the name on the cheque. “Yes, it’s yours unless you have changed your name,” she told me.

Of course, I won’t say how much was in the cheque. End of the story.

Karume led the billionaires club who, despite deep pockets, had short hands Reviewed by samrack on June 26, 2017 .

Share thisFacebookTwitterPinterestEmailWhatsAppThe late Njenga Karume. FILE PHOTO | NATION MEDIA GROUP  Karume led the billionaires club who, despite deep pockets, had short hands Njenga Karume was a wealthy man. Younger generation of Kenyans would say alikuwa nazo (he had money) At the time of his death five years ago, his wealth portfolio was estimated to