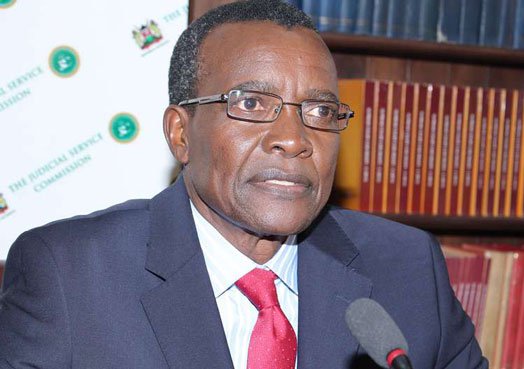 Justice David Maraga was on Thursday unveiled as the Judicial Service Commission’s choice for the post of Chief Justice.

Here are five other things to know about him;

His one term at the helm of the judiciary, if aproved, will match his predecessor Willy Mutunga who resigned before reaching 70 years

3.He is a staunch Seventh Day Adventist
During his interview on August 31, Justice Maraga was categorical that he would not work on Saturday in line with his Sabbath Day Adventist faith. He said he cannot compromise church for work.

5.He describes himself as a good time manager
Justice Maraga says he used to apologise when court started late while working in Kisumu. He prides himself in being a decisive person of integrity and humility and a good time manager.He cited his record as the presiding judge of the Appellate Court in Kisumu from October 2014 to July 2016 where he made 1,250 judgments thereby clearing case backlogs.

The Judicial Service Commission has settled on Justice David Maraga for the position of new Chief Justice.

Justice Maraga was among the 11 applicants who were interviewed by the commission out of 13 after two withdrew.

The nominee during his interview said he would name a senior judge as the Judiciary ombudsman and revive the programme for helping the poor with court cases if appointed the new Chief Justice.

Those who withdrew from the interviews were law student Paul Udoto Kongani and David Mwaure Waihiga.

Justice Maraga’s nomination was made a day after the tribunal he heads recommended to President Uhuru Kenyatta the removal of Justice Joseph Mutava from office for misconduct.

He said three complaints against the judge had been proven and hence their decision to recommend that the Judge be removed.

Share thisFacebookTwitterPinterestEmailWhatsAppJUSTICE MARAGA IS JSC’S PICK FOR NEW CHIEF JUSTICE Justice David Maraga was on Thursday unveiled as the Judicial Service Commission’s choice for the post of Chief Justice. He graduated with a degree in Law from the University of Nairobi in 1977 and has a post-graduate diploma from the Kenya School of Law in