Melania Trump, the US First Lady

The Kenya Airports Authority (KAA) will close down Jomo Kenyatta International Airport (JKIA) Terminal Two in the evening during the arrival of US First Lady Melania Trump. The terminal will again be closed for up to four hours on Saturday when she is expected to leave the country.

The United States First Lady is expected in Nairobi for a two-day visit to highlight her country’s support in early-childhood education, wildlife conservation, and HIV prevention. 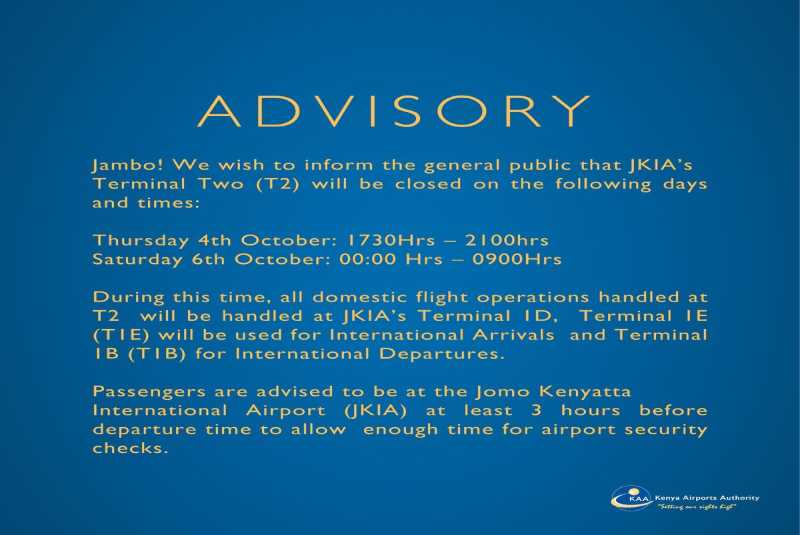 KAA announced in a statement that the terminal is to be closed on Thursday from 5:30pm to 9pm and on Saturday from midnight to 9am. “During this time all the domestic flight operations handled at T2 will be handled at JKIA’s Terminal 1D. Terminal 1E (T1E) will be used for International Arrivals and Terminal 1B (T1B) for International departures,” read part of the statement. KAA advised travelers to be at the JKIA at least three hours before departure time to allow enough time for airport security checks.

More Kenyans get super rich in a tough economy

More Kenyans get super rich in a tough economy