He’s currently busy selling his face and name to the Starehe Constituency electorate in a bid to represent them in Parliament come elections. But even as he’s trying to sell his manifesto, a scandal comes calling

Jaguar, a musician, philanthropist, social activist, President Uhuru’s friend and general celebrity has been thrown into a nasty scandal that may well derail or puncture his bid to represent the people of Starehe In Parliament.

According to a reputable post on Facebook, shared by one Jackson Njeru, the Founder of Facebook Group Buyer Beware, Jaguar’s Range Rover , registration number was involved in a fatal car accident a few days ago and Jaguar is at the centre of it all. 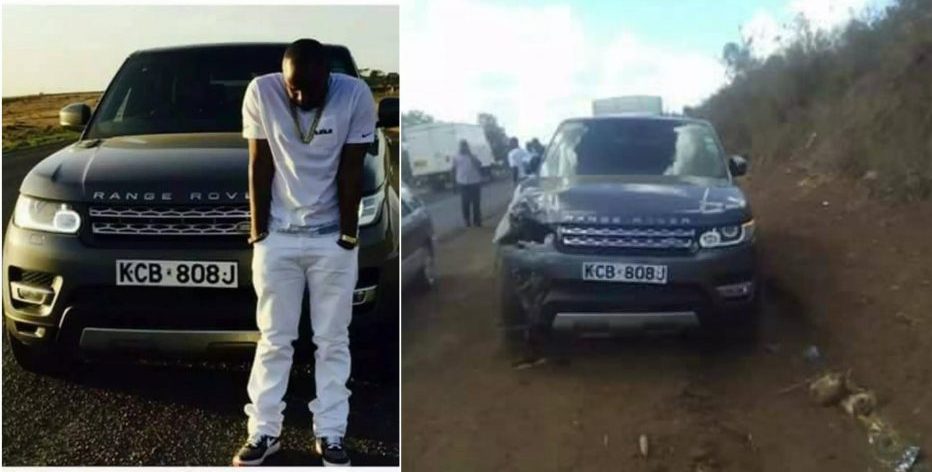 According to the Facebook post, Jaguar’s Range Rover was along the Makutano Sagana Road when it hit two Boda Boda riders, knocked them off the road, sent them flying to the other side and killed them at the spot.

Exactly who the driver was at the time is unclear. In the Facebook post, it is alleged that the high-maintainance car was being driven by a lady ….who it has been established was Jaguars friend.

But after the lady hit the two men on a motorbike, she eventually parked the car by the roadside and then called Jaguar who then showed up and attempted to deviate the truth regarding the accident.

According to the Facebook post, the moment Jaguar showed up, he started claiming that HE was the driver of the Range Rover while witnesses around the area vowed that the car was being driven by A LADY and NOT Jaguar.

And when the parents of one of the men who was KILLED by the careless female driver, who its alleged was flouting traffic rules on the congested Sagana route when the accident happened, paid a visit to the Sagana Police Station, they were told that they needed to come back with witnesses.

And that was the same story when the brother to one of the deceased visited the Station in a bid to investigate more on the death of his brother.

We have the photos of the said Range Rover with the right side of the car mangled and showing signs of a car crash .

And also photos of Jaguar posing next to the SAME car in a past photo.

Jeff Koinange Live | Kabogo: I am not arrogant, I am firm. I stand for what I believe in

Jeff Koinange Live | Kabogo: I am not arrogant, I am firm. I stand for what I believe in