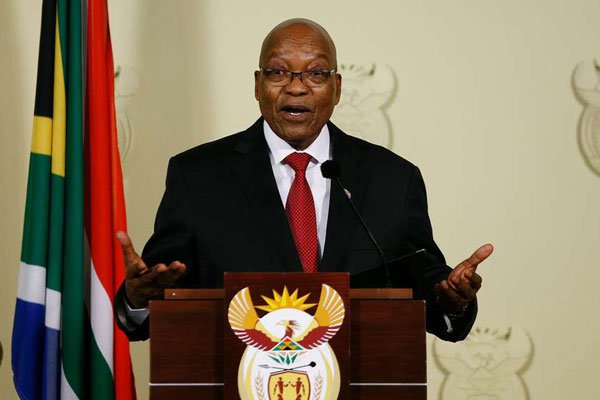 President of South Africa Jacob Zuma addresses the nation at the Union Buildings in Pretoria on February 14, 2018. He has resigned. PHOTO | PHILL MAGAKOE | AFP

Jacob Zuma resigns as South Africa president after being pushed out by ANC party.

Mr Zuma made the announcement during a TV address to the nation on Wednesday, after he earlier spoke out against an order from his own party to resign.

Zuma has been at loggerheads with deputy president Cyril Ramaphosa, his expected successor and the new head of the ANC.